Although a potential regulation to require public companies to disclose their political spending by the SEC is no longer on the list of the agency’s regulatory priorities for 2014, there continues to be a strong desire at least among some shareholders for more disclosure of corporate political spending.

Click on the charts below to view larger images 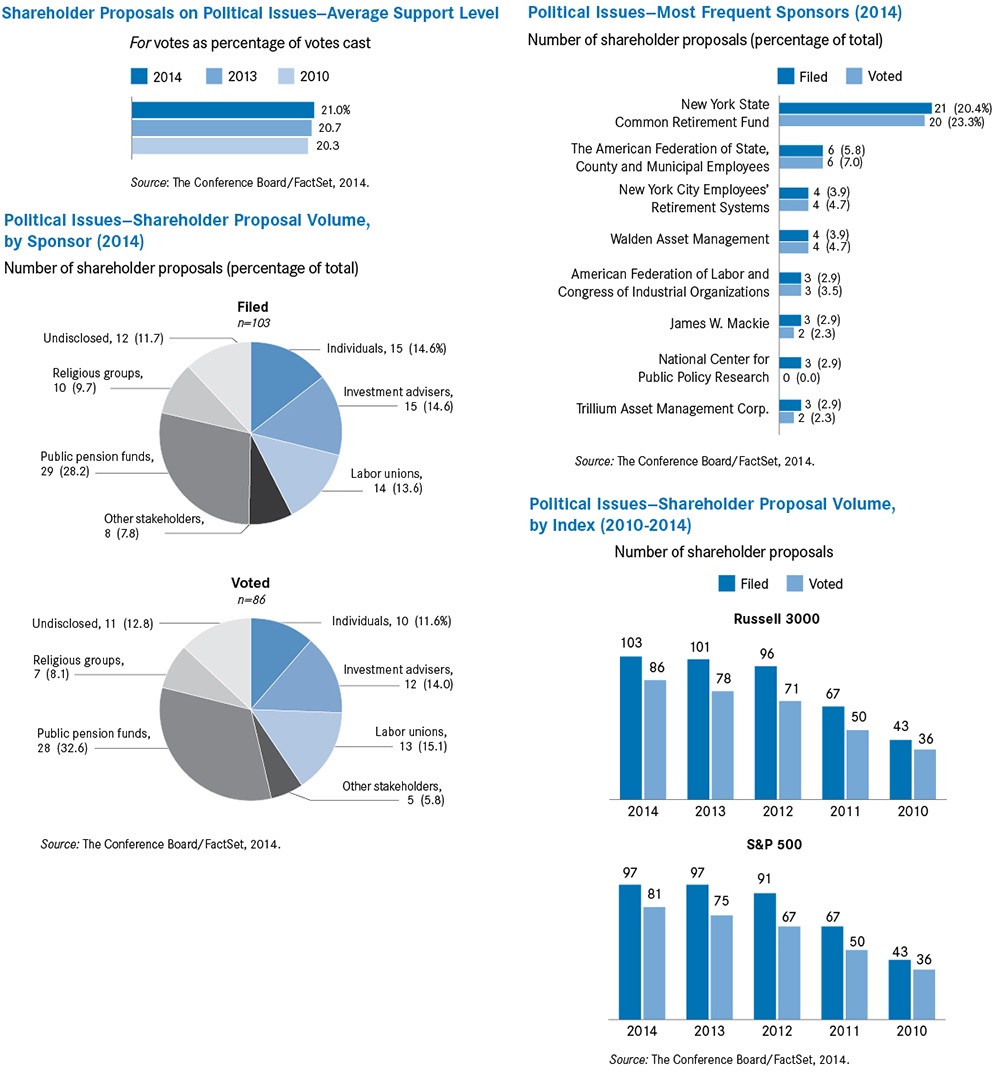 The following resources will assist you in understanding who the shareholder proponents are and how shareholders are reacting to the issue.

Center for Political Accountability Corporate Disclosure and Accountability Database
The Center for Political Accountability (“CPA”) examines company political spending and produces reports regarding a company’s disclosure efforts. Since 2011, the CPA has partnered with the Zicklin Center for Business Ethics at the Wharton School of the University of Pennsylvania to grade companies’ disclosure of political activities. It also provides links to corporate political activity policies. Click here to view the 2014 CPA-Zicklin Index. Results from the 2011 – 2013 Indexes are also available.

The Conference Board does not represent that the data, information, analysis, conclusions, or opinions provided by the listed Internet resources are correct or complete.  The Web sites and resources listed above are included for informational purposes and convenience only, and are not affiliated with, endorsed, or recommended by The Conference Board, the Committee, or its members.

An analysis of proxy voting data for Russell 3000 and S&P 500 companies that held annual general meetings (AGMs) in the January 1-June 30 period during the last five years.

This handbook offers an overview of the legal rules and standard practices related to political activity, as well as a discussion of internal oversight of political spending.