Click on the Chart to Browse Data by Country and Region. 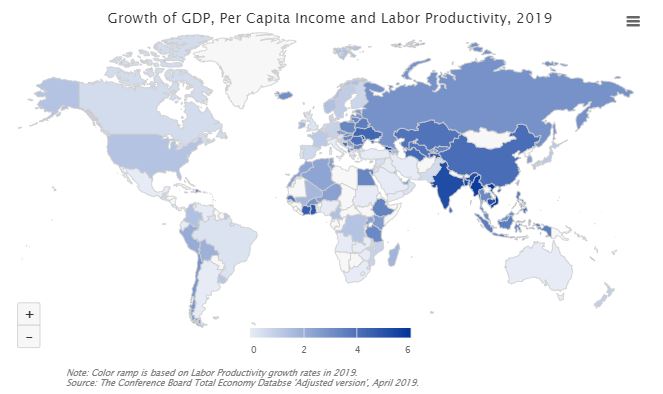 About the April 2019 release

Please view our Productivity Brief 2019 for the main highlights (this publication includes the regularly released summary tables and charts).

This release includes updated and revised estimates of the complete dataset (including the growth accounting variables). Please create an account with The Conference Board for complimentary access to all data files.

The next update and revision is scheduled for May 2020.