Tags
Full Listing
Podcasts
How to Work for a Gossipy Boss
7 Tricky Work Situations, and How to Respond to Them
How Managers Can Make Group Projects More Efficient

It’s a given that you want your boss’s trust. But what if your boss shares things he shouldn’t, trusting that you will be more discreet than he? Maybe he tells you information you shouldn’t know about your peers. Or he gossips about people in other departments. What should you do when your boss is indiscreet? Is there a way to call out unprofessional comments and behavior without risking your relationship — or your job? At what point should you involve your boss’s boss or HR?

What the Experts Say
It can be disheartening and demoralizing when your boss tells you things he shouldn’t, says Annie McKee, founder of the Teleos Leadership Institute and a coauthor, with Daniel Goleman and Richard Boyatzis, ofPrimal Leadership. “He is sending signals that his kind of behavior is okay and acceptable here,” she says, “and it brings up a host of questions” about the organization’s culture. It may also cause you to trust your boss less, says Nancy Rothbard, the David Pottruck Professor of Management at the University of Pennsylvania’s Wharton School. “You worry about being gossiped about,” she says. “You think, ‘If he is saying this about [others], what is he saying about me?’” Here are some ideas for how to respond to an indiscreet boss.

during a team meeting, your strategies for speaking up are limited because doing so would cause “your boss to lose face,” says McKee. The best way to handle inappropriate comments when there are others in the room is to “break the flow of conversation” and bring the focus back to the task at hand. “Say, ‘I see that time is getting away from us. Let’s get back to what we were talking about.’” Your goal, says Rothbard, is to “change the subject.” The worst thing you can do, she says, is “pile on” by contributing additional disparaging comments. “By mimicking the bad behavior of your boss, you become part of the problem,” she says.

Don’t be taken in
The situation isn’t much easier if your boss confides in you one-on-one about a colleague or workplace issue you ought not be privy to. On one hand, “you might feel good about it,” says Rothbard. “It’s a signal that you’re a trusted ally.” On the other hand, it can make for “an awkward situation” because the correct response is not clear-cut. “Are you supposed to agree? Or just sit there and smile?” It’s tricky because “gossip is a fundamental human behavior that’s based on reciprocity,” but you must reciprocate with caution. “In a lot of organizations, information is currency, and your boss may think he is rewarding you by inviting you into his inner circle and giving you information,” McKee says. But “you have to be very careful about what you share” in return. Here are some strategies:

Talk to your boss
Confronting your boss about a specific instance or pattern of unprofessional behavior or gossipy remarks is unquestionably “difficult,” says Rothbard. And yet it doesn’t have to be a contentious or charged conversation. “Be cool, calm, and collected,” says McKee. “Say, ‘I want to talk to you about what happened in yesterday’s conversation.’” First, state the positive things that you discussed. This “primes your boss that it was not all bad” and that you’re not “slamming” her. Second, state what troubled you — something along the lines of, “There was one thing that happened that made me uncomfortable.” Finally, bring the conversation “back to your boss’s noble goals.” You might say, “We are trying to build trust and authentic communication, and I think your comment might’ve chipped away at that.” The message is simple and straightforward. “You see an opportunity for course correction,” she says.

Seek advice
Talking to “a trusted senior colleague or mentor” about your boss’s oversharing might also help, says McKee. “Choose someone who is not a peer but who has your best interests and your boss’s interests at heart.” The purpose of the conversation is not to gripe; it’s to learn new coping strategies. “Say, ‘I am troubled by the dynamic in our unit. Can you give me some advice on how to help my boss build a stronger team?’” McKee says that “unless you’ve got a legal issue on your hands and lots of people are quitting, HR is, unfortunately, your last line of defense.” Rothbard concurs. “From an HR perspective, it’s not clear how your boss’s indiscretions are detrimental to the business,” she says. “These are the gray areas.”

Cut your boss some slack
“We hold our bosses to a very high standard,” says McKee. “We expect them to exhibit self-restraint, behave responsibly, take care of other people’s feelings, and not violate confidences.” These are reasonable expectations, but we often forget that leaders are human, too. “Your boss is going to get frustrated, be disappointed, or have a bad day,” she says. “You can expect him to slip up every once in a while. But when it becomes a pattern — or your boss does or says something really egregious — it’s a problem.” Before you do anything about your manager’s lack of professionalism, you need to “check yourself first and make sure you’re not making a mountain out of a molehill.” She suggests you “keep notes over a certain period” in which you record perceived improprieties. Pay attention to “other people’s reactions” to your boss as well, she says. You may discover that what you thought was pathological unprofessionalism is just a blip. “Don’t let your emotions cloud what’s really happening.”

Ask for advice from a trusted senior colleague on how to deal with the situation. Say, “I am troubled by the dynamic on our team. Can you give me some guidance?”

Case Study #1: Steer the conversation toward neutral ground and cut your boss a break
Evan Beele,* an HR associate at a manufacturing company based in the U.S.’s Pacific Northwest, has a lot of experience with supervisors sharing confidential information about other employees. “HR professionals have unique access and insight to personal details and situations, and they are assumed to adhere to a strict code of confidentiality,” he says. “But some HR folks can be the most egregious when it comes to divulging inappropriate information.”

He points to his boss, Jeannine, whose remarks often devolve from professional matters into petty gossip. Once, when the two were discussing an employee’s work style, Jeannine said she would rather do bodily harm to herself than have to work with the person. Evan reports that she also regularly makes inappropriate comments about interns and female employees returning from maternity leave who have not lost their pregnancy weight.

He says he copes by doing “everything possible to steer” the discussion back to safer ground. “I tend to quickly change the subject and get back to a more neutral conversation,” he says.

And he is careful never to agree with or add to Jeannine’s comments. “I just assume she is likely talking about me with others as well,” he says. “I’m constantly walking on eggshells because I know if I make any kind of misstep, it’s fodder for gossip about me.”

Still, Evan tries to be philosophical about the situation. “I’ve come to recognize that some boundaries do get crossed from time to time. She is a good person who sometimes says bad things. It’s so easy to do that, and I know that for the most part she is well-intentioned.”

Reporting to Jeannine has taught him a valuable lesson. “I’ve learned to be more cautious of how I talk about others.”

Evan is currently looking for a new job.

Case Study #2: Stay positive, and offer a new perspective on circumstances
Earlier in her career, Gayle Katz worked as a marketing manager at a small East Coast–based startup focused on the renewables industry. She had been at the organization for over a year when her new boss, John*, began to work there.

“The first three months were pretty good, but as John began to experience the challenges that came with working in a startup, he started to get frustrated,” recalls Gayle. The COO, Bill*, who was his boss, “called the shots and didn’t allow John to run the department as he saw fit.”

John’s chronic frustration played out in a number of ways, including speaking unprofessionally about Bill. “During closed-door, one-on-one meetings he would often criticize him for constantly changing priorities, introducing new projects, and always kowtowing to the CEO.”

This was difficult for Gayle. “I’m an open and honest person, but I always try to be tactful, especially at work,” she says. “I tried to be mindful of the situation and make it better rather than staying silent or complaining.”

Sometimes she would offer a different take on Bill’s mindset and perspective. After all, Gayle had worked closely with Bill and liked him as a manager. “Since I was the one with the history, I would try to instill confidence [in the COO] by using phrases such as ‘Based on my past experience, I’m confident that…’ to show my due diligence and get John to move forward,” she says.

She was careful to keep a positive tone. “I was always offering my help. I wanted to let him know we were in this together and on the same side.”

Other times when John made inappropriate comments about Bill, Gayle would try to use humor to disarm him. “I would say something like, ‘Geez. That’s pretty harsh. I wonder what you say about me when I’m not around.’ And I’d smile, of course, to keep it light.”

She also tried refocusing the conversation on nonwork topics that John would enjoy, “such as what his little girl and wife were up to and his plans for the weekend,” she says. “Both would help lighten the mood enough to eventually circle back to work.”

Gayle eventually moved on from the job and today she is a workplace consultant and author.

* Names have been changed.

7 Tricky Work Situations, and How to Respond to Them
How Managers Can Make Group Projects More Efficient 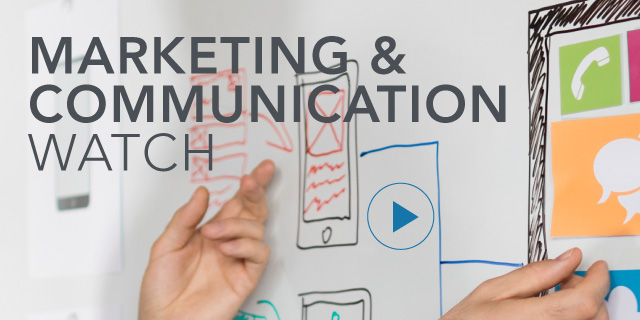