Tags
Full Listing
Podcasts
There Are Two Types of Performance — but Most Organizations Only Focus on One
Using Creative Thinking to Overcome the OE Talent Shortage
To Be a Great Leader, You Have to Learn How to Delegate Well

Based in Southern China, Precision was the second-largest manufacturer of cell phones in the world at the time. Precision made it easy for managers to oversee their employees. Every spot on every line was visible to managers. Every step of the process was measured, and real-time metrics were easily accessible. Workers were carefully trained to follow processes exactly as they were laid out.

But Bernstein and his team observed that when managers were not watching, employees secretly developed and shared better ways of doing the work. When Bernstein hid a set of production lines from managers’ view, the performance of employees on those lines increased by 10% to 15%. It turns out that when employees felt that they were being monitored, they felt pressured to stick to “proven” methods. They couldn’t adapt to improve their work.

Our research into over 20,000 workers of all skill levels across U.S. industries, and a review of hundreds of academic studies on the psychology of human performance, shows that most leaders and organizations tend to focus on just one type of performance. But there are two types that are important for success.

The first type is known as tactical performance. Tactical performance is how effectively your organization sticks to its strategy. It is the driver of focus and consistency. It allows organizations to increase strength by directing limited resources to the fewest targets. In Precision’s case, good tactical performance required developing rules, checklists, and standard operating procedures and then following them closely. Similarly, when Starbucks baristas make your latte the same way across cafés, or when a software engineer delivers the expected features each sprint, you are witnessing tactical performance.

The second type, known as adaptive performance, is how effectively your organization diverges from its 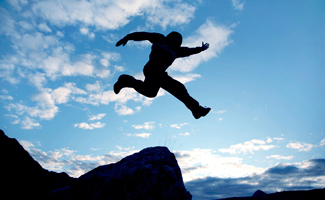 strategy. Adaptive performance manifests as creativity, problem solving, grit, innovation, and citizenship. It allows organizations to create value in a world filled with, as the U.S. military says, volatility, uncertainty, complexity, and ambiguity, where technology and strategy changes rapidly. At Precision, good adaptive performance would have included every line worker coming up with new ideas and then teaching them to their colleagues. If you’ve ever seen a Starbucks barista adapt their greeting to make you feel personally welcome, or an engineer lean over to help a colleague solve an unexpected problem, you’re witnessing adaptive performance.

Essentially, tactical performance is how well you stick to your plan, and adaptive performance is how well you diverge from your plan. Every high performer needs both. A great salesperson will operate much more efficiently with a defined process for reaching out to prospects. They will represent the products more consistently. But they must also adapt the standard approach based on each customer’s unique needs. The same is true for any team or organization.

If you’ve ever interacted with a customer representative who is clearly reading a script back to you, you’re witnessing tactical performance destroying adaptive performance. The same happens when an engineer is tightly managed on their code velocity — in making sure to reach their goal, the engineer becomes far less likely to be creative or raise problems.

This is also true of executives. If you require them to post predictable earnings each quarter, they will reduce their investment in their companies’ adaptive performance. Three finance professors once asked more than 400 executives what they would do if their quarterly earnings targets were at risk. Roughly 80% said they would cut back on spending in areas such as R&D; 55% said they would delay starting a new project, “even if this entails a small sacrifice in value.”

Of course, being too adaptive can also hurt tactical performance. For example, there are organizations that provide so much autonomy and freedom in how a process is executed that customers don’t receive consistent experiences.

However, most companies measure only tactical performance. When we asked 2,823 American workers whether they have the ability to find new ways of working, only 27% agreed.

In an experiment, we approached the call center of a bank’s consumer loans business. (We’ve disguised some details of this story to protect confidential information.) This call center employed all the best practices of the day: A psychologist created scripts of talking points. Agents worked off an automatic phone-dialing computer (“the dialer”) to ensure they had a customer to talk to every minute. Metrics emphasized speed. A stuffed monkey was placed on top of the cube of the worker who had collected the most revenue, to keep morale high. Weekly bonuses were given to employees who met a number of performance targets, including revenue earned, shorter duration of phone calls, and attaining the customer’s email address. These stats were reviewed by managers every week.

Despite all of these systems encouraging tactical performance, productivity was trending downward and customer satisfaction had dropped off a cliff. Because the representatives feared losing their bonus if they did not follow standard scripts and operating procedures, they couldn’t resolve customer problems that weren’t in the script, and customers felt that they were talking to robots rather than human beings.

We asked the management team if we could eliminate the narrow metrics and bonuses, which rewarded only tactical performance, and focus more on the adaptive. The leadership team was skeptical that their teams would work without sticks or carrots, so they had us work with the lowest-performing employees in the building.

Our prior research had found that increasing employees’ sense of play, purpose, and work potential can increase their adaptive performance, improving sales, customer experience, creativity, ethical behavior, and grit. We made a number of operational changes to the call center.

First we reduced tactical performance pressure. We ended the practice of agents taking the next phone call in line, and instead gave them ownership over a set of customers. This increased their sense of purpose, and meant they’d be able to go above and beyond for “their” people. We demoted calling scripts from “mandatory manuals” to “useful guides,” reducing pressure to follow them. We rebuilt performance metrics to track impact, not to apply pressure. We eliminated pay-for-performance, and gave each person a fair base salary equal to their average total earnings over the prior three months.

Next, we focused on increasing adaptive performance. We implemented weekly problem-solving meetings. Previously, working in the call center was a solo sport. Now, the team would get together weekly to raise tricky customer situations and come up with ideas for how to adapt. Guest experts from other parts of the business, from legal to marketing, were invited to visit when needed. The focus was on learning and adaptation — not on hitting performance goals.

We also taught team leaders to focus on developing specific skills in agents, instead of just pointing out their deficiencies and bad behaviors. And we taught agents to invite others to join their phone calls when they thought a colleague’s knowledge or service style would be a better fit for a particular customer. Finally, we taught the team to reflect on their performance routines on a regular basis, so they were constantly improving.

The change in performance was observable. Within four months, our pilot teams had more than doubled the close rates of the other teams. The pilot team made more adjustments to their approach, and members shared what worked more proactively with colleagues.

When you find yourself saying things like “I wish my people took more ownership,” “I wish we operated more like a startup,” or “I wish we were more nimble,” remember that most organizations have created so much emphasis on tactical performance that their people cannot adapt. Maintaining great performance over the long term will require organizations to also emphasize adaptive performance. These three steps can help:

Implement metrics without myopia. A question we frequently receive is “Does your research suggest we shouldn’t give our people performance metrics?” Quite the contrary. People need to see information on their performance to self-correct. However, when you “weaponize” the data — linking it to high-stakes bonuses, promotions, and firing decisions — your people’s adaptive performance will crumble. Instead, use the data to set learning goals. Start to measure the effectiveness of the conditions that affect adaptive performance, from how you motivate people to how you build your organization’s structures, performance review systems, and planning processes.

Set learning goals. Imagine you’re leading a sales team. You’re working with one of your sales people, and you noticed that he is selling five widgets per day, when the average for the rest of the team is eight widgets per day. It is very tempting as a manager to give that person a sales goal: “Your new goal is to sell eight widgets per day.” From the perspective of the sales person, he could work harder, take shortcuts or cheat, or take the time to learn how to perform better.

The learning route will lead to the ideal outcome. You could, for example, ask your salesperson to find five new ways of introducing the product to a prospective customer, and note that you’re not looking for five successful ways, just five new ways — and that it’s OK to take some risks. Experiments have shown that setting learning goals produces results faster and more sustainably than only setting production goals.

In sum, it’s tempting to focus only on the tactical, to believe that to ensure success all we need to do is track whether people follow the process. But high-performing organizations realize the world is full of volatility — and they need to prepare their people to adapt.

Using Creative Thinking to Overcome the OE Talent Shortage
To Be a Great Leader, You Have to Learn How to Delegate Well