Tags
Full Listing
Podcasts
How Companies Are Using Simulations, Competitions, and Analytics to Hire
The 4 Mistakes Most Managers Make with Analytics
Every Manager Needs to Practice Two Types of Coaching

As the NFL draft gets underway this week, teams will assess the “fit” of a player by examining the raw data of their ability to perform—based not on the ranking of their college or on how they would describe their skills, but on hard data including their performance on drills at the recently completed NFL Combine. Based on one recent analysis of the over 300 NFL prospects who participated in the Combine, only two of the top ten players with the strongest performance for their position went to nationally ranked schools. The top rated player in the tryouts came from Harvard, known much less for its football program than its reputation for churning out business leaders.

Contrast this model to the one that most companies use to source new talent. They start by fishing in the same pools as all their competitors, with a bias toward elite schools and advanced degrees as markers of quality. They select potential candidates largely based on resumes—a tool that rarely provides a full and accurate assessment of a person’s skills or potential fit. Finally, they assess candidates using loosely structured interviews—which are often not calibrated with later performance, and are rife with opportunities for implicit and explicit bias. As one top executive pointed out to us, “if you really want to know if someone is funny, don’t just ask them, make them tell you a joke.”

Organizations whose success is determined entirely by the quality of their talent—sports teams, orchestras, 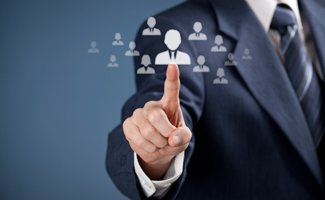 comedy groups—have long realized that these tools are not sufficient to their challenge. They all use some version of tryouts or auditions to select their talent. Airline pilots must pass a simulator exam before licensure; violinists must audition before joining a world-class orchestra; comedians must prove they are funny before becoming a Saturday Night Live cast member. Why are things any different for top executives and knowledge workers?

While the notion of “corporate tryouts” is still in its infancy, the tools available to corporations to cast a wide net for talent and then directly measure relevant skills are now becoming widely available. This trend creates an opportunity for any business that relies on people for its success—which is to say, all businesses—to dramatically improve its ability to attract and hire outstanding talent from non-traditional sources.

We see three emerging trends in how leading companies are using the concept of corporate tryouts to enhance their talent base:

Simulations. Increasingly (but sporadically at best), one of us has been asked to judge a potential CEO’s capacity to perform on the basis of a simulation which mimics the type of challenges a potential CEO will face. One such executive is Alan Mulally, whose test results (among some of the best we’ve ever seen) were highly predictive of his successes at Boeing and as CEO of Ford. At Humana, Korn Ferry used case simulations prior to recommending Bruce Broussard as CEO. Mike McCallister, the outgoing CEO at the time, told us, “When selecting a CEO successor, the Board and I wanted a window on how a candidate would respond to different challenges and the simulation case gave us hard data beyond the interviews alone.” Broussard’s successful performance as CEO closely approximated the predictions. This is a big step forward in assessing candidates beyond interviews and resumes, and though important, referencing also often fails to be predictive. Of course, companies must have a clear sense of their strategy and what types of leadership challenges are most likely in order for a simulation to be valid and realistic.

At the entry level, a number of startups such as Knack and Pymetrics have designed shorter interactive simulations to directly assess certain personal traits—the equivalent for knowledge workers of 40-yard-dash speed and vertical leap statistics for athletes. They believe these tools allow companies to go beyond self-reported skills or “gut-feel” from interviewers in identifying promising candidates.

Competitions. Companies hiring technical talent such as coders are increasingly relying on publicly posted competitions or challenges through platforms such as Kaggle to identify talent—a technique that has the dual advantage of reaching thousands (if not millions) more potential candidates while also providing an objective assessment of results. These techniques are now expanding out to non-technical fields—for example, one company we know recently launched a pilot problem-solving competition to identify talent in India. The winner? A 14-year-old from Pune, India—someone who would have had zero chance of being identified through traditional recruiting models. As the concept of competitions matures in the business world, we expect a democratization of talent: where someone went to school will matter less than what they are able to demonstrate they can do.

Analytics. Since the publication of Moneyball over a decade ago, an “analytics revolution” has been sweeping across the world of sports—and teams have made dramatic leaps in their ability to predict which players are more likely to be high performers at their position. In the business world, Google, McKinsey, Korn Ferry and others are similarly investing heavily in analysis of performance metrics to develop predictive talent algorithms, adding a measure of science to the art of assessing “fit” during the recruiting process. This capability is critical—tryouts or simulations that measure the wrong attributes are as likely to do harm as good.

Companies with legacy talent recruitment processes may find the transition to a world of simulations, competitions, and talent algorithms daunting—much as sports teams did as they evolved from a model of scouts and “eye tests” to the analytics and data-driven model of today. That said, companies which fail to move in this direction over time will put themselves at a disadvantage versus competitors in the war for talent, putting at risk their competitive position, increasing their likelihood for picking the wrong leadership teams, and undermining their value to shareholders.

How can companies get started on this transition? First, recognize that not everything needs to change overnight: companies should have a talent strategy that prioritizes the roles for which corporate tryouts and analytics are most relevant and of greatest value to the business. Second, recognize there is hard work to be done in breaking orthodoxies: just as most people rate themselves above-average drivers, most managers think they are above-average judges of talent—and won’t initially trust an algorithm or competition to identify better candidates than they will. Third, be open to partnerships: most companies will require some form of external support from talent analytics or assessment firms at least initially to begin building capability, even if they intend to transition to in-house capabilities over time.

Although we believe that traditional means of assessing corporate talent are still relevant, especially on personality and chemistry fit, we should not rely exclusively on them for the future. Corporate tryouts are poised to shift into mainstream practice to win the war for talent.