The business case for diversity is clear. Diversity can boost innovation and employee engagement, and companies with greater gender and racial diversity financially outperform their peers. Yet progress within organizations has been slow – there is still a lack of women and minorities in leadership positions, and certain industries like tech and finance are lacking diversity at all levels. And many diversity programs fail. Based on evidence that diversity initiatives are more effective if they start at the top, I interviewed 11 CEOs who have made a public commitment to diversity about how they are creating more diverse workforces.

The CEOs raised a variety of reasons for caring about diversity—the most common being that they believed greater diversity leads to greater diversity of thought, to the ability to attract and retain top talent, and to a better understanding of their customer base. Susan Wojcicki of YouTube said that diversity is necessary for preventing homogeneity, falling behind, and losing their competitive edge. And Marc Benioff of Salesforce said, “Diversity is an important part of our culture of equality. Our employees are telling us that they want to work for a company that cares about diversity, and it helps us recruit people whose values align to ours.”

Some of the programs the CEOs discussed include well-funded and executive-sponsored employee resource groups, women’s mentoring and leadership programs, cross-functional task forces, and equitable benefits. For example, Gap Inc. created a program called Women and Opportunity that aims to develop women for future leadership roles at Gap. Nearly 87% of their current female executives (versus 81% of the men) were promoted from within, and 18% of them got their start in a Gap store. YouTube offers paid parental leave to all of its employees as an effort to keep more women in tech. Staples requires its 35 senior vice presidents to sponsor high-potential female talent for leadership positions.

My interviews with the CEOs highlighted four key lessons that other leaders should keep in mind when trying to make their organizations more diverse and inclusive.

Lead by example when it comes to diversity. A CEO’s actions, whether on or off the job, signal the extent to 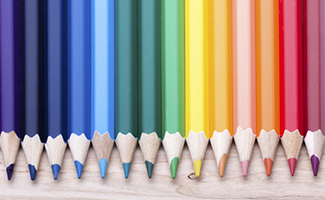 which diversity is valued. Kevin Johnson (Starbucks) said, “In order to make great progress the CEO needs to take this on as one of those personal initiatives that they’re going to be involved with and personally drive.” Marc Benioff (Salesforce) has embodied this concept of leading by example and signaling how much he cares about equality: he publicly opposed discriminatory legislation in states like Indiana and Georgia and marched alongside his employees in the Women’s March.

Sometimes leading by example means making difficult decisions. Katherine Maher (Wikimedia Foundation) and Kevin Johnson (Starbucks) talked about refusing to fill a leadership position until they had a diverse slate of candidates to select from. Sallie Krawcheck (Ellevest) also described deciding to hire people who could bring in new perspectives over those who had similar backgrounds to others in the organization. She felt that the benefits of “culture add” (over culture fit) needed to be considered as part of the hiring criteria.

Many of the leaders I interviewed also speak at conferences about diversity and write openly about its importance. For example, John Rogers (Ariel Investments) hosts conferences focused on encouraging board room discussions on civil rights and works to promote diversity within the professional service firms that work with institutions like the University of Chicago. Similarly, David Cohen (Techstars) started the Techstars Foundationto promote diversity in entrepreneurship by funding women-led companies and projects that promote more women in tech.

Hold yourself and others accountable on diversity initiatives. Data and deadlines are also imperative to making diversity initiatives work. “Saying there is no deadline on this, or that things will right themselves, is an ahistorical way of looking at the advances that have been made in terms of equity and representation,” Katherine Maher (Wikimedia Foundation) said. “It has always required people to do the work. It has always required people to stand up and make it a priority.”

Indeed, research has shown that setting and following through on diversity goals is the most effective method for increasing underrepresentation of women and minorities. Susan Wojcicki (YouTube) asks managers for updates on their numbers around diversity. Through efforts focused on supporting other women, providing longer maternity leave, and funding women’s groups, she has increased the representation of female employees from 24% to nearly 30% since taking over as CEO of YouTube in 2014.

Starbucks has the goal of increasing the representation of women and minorities in leadership by 50% by 2020 through expanding the leadership pipeline and holding leadership accountable to diversity and inclusion goals. Similarly, in 2015 Techstars committed to doubling the representation of women and minorities in their programs within four years. And knowing that diverse companies yield better stock returns, John Rogers (Ariel Investments) pushes all of the companies they invest in to have diverse boards.

Foster diversity throughout the organization. Many CEOs talked about the importance of having diverse teams at all levels of the company – from the frontlines to middle management to senior leadership. Shira Goodman of Staples, for example, has created programs to hire, develop, and retain more female employees, in order to have women represented equally at all levels of the organization.

According to Kaiser Permanente’s year-end 2016 numbers, more than 60% of the total workforce (of 186,497 employees) are members of racial, ethnic, and cultural minorities, and more than 73% are women. More than 50% of the management and professional positions are held by racial and cultural minorities and 75% are held by women. In 2016, 50% of the Executive Medical Directors group were women and 29% of the Health Plan Organization’s C-Suite were women. According to CEO Bernard J. Tyson, they achieved these outcomes through deliberate planning, development of current talent, and outreach within the communities that they serve.

Broaden your perspective on diversity. Many of the leaders I interviewed have been recognized for addressing racial and gender diversity at their companies, but also issues faced by LGBTQ workers, veterans, and people with disabilities.  “Equality takes many different forms—income, education, racial, gender, LGBTQ, ability. There’s so much work to be done across all of these issues as we fight for equality for all,” said Marc Benioff (Salesforce).

Wikimedia demonstrated one way to ensure that all employees feel safe being themselves at work: they created a non-discrimination policy that includes explicit protections and expanded definitions related to gender identity and expression, disability, citizenship, and ancestry.

The CEOs talked about realizing that equality is not just giving everyone the same things, but about giving people what they need. As Bernard J. Tyson (Kaiser Permanente) told me, “We’ve evolved from equality to equity. Equality says everybody gets equal. Equity says no, everybody gets what they need. Part of building an inclusive environment is not how you’re going to change the person. It’s how you’re going to change yourself and the environment in which the person is going to have to succeed.”  Kaiser Permanente has domestic partner benefits to support the needs of its LGBTQ community and has taken great strides in increasing accessibility for individuals with disabilities.

The companies reviewed here are some of the most successful in the world. And they succeed while working to create and maintain diverse workforces. What they’ve made clear is that diversity programs alone are not enough to improve diversity in most organizations. But CEOs have the power to champion diversity by leading by example, setting goals and utilizing metrics, and holding their companies accountable. 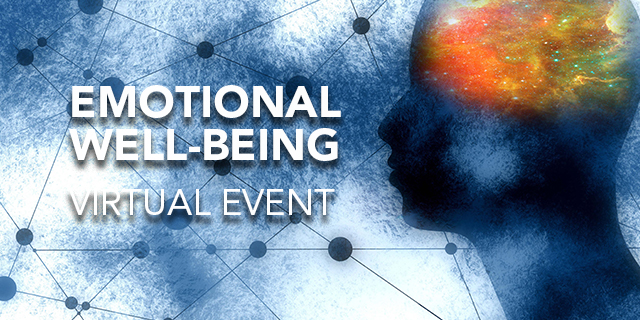