Last year on Giving Tuesday, Salesforce.org, the Entrepreneurs Foundation of Colorado, and Atlassian launched Pledge 1%, a movement encouraging start-up founders to commit 1 percent of personal and company equity, product, and employee time to the community. The first anniversary of Pledge 1% has seen the campaign surpass its initial goal of 500 pledges, creating a network of young entrepreneurs and growth companies that have philanthropy at their core.

Ryan Martens, founder and CTO of Rally Software (recently acquired by CA Technologies), and a founding board member of the Entrepreneurs Foundation of Colorado, says that one of the benefits of making the pledge is establishing a positive dynamic between the company and the community. “There are negative externalities that you create as a growing company,” says Martens. “Acknowledging that your company growth should help the community in some positive way is just common sense. It sets up a mutually beneficial relationship between the business and the community, as opposed to an adversarial one.”

One area in which start-ups and large multinationals face a similar challenge is attracting and retaining talent. For Pledge 1% companies, which often have a complicated product or equity that is currently worth very little, one of the easiest and most effective ways to contribute to communities is through employee volunteering, something that is now being demanded by the young generation of workers. Martens notes that at many Pledge 1% companies new employees begin volunteering on company time within the first week on the job. “When you get started that way it becomes part of the philosophy of the company and its employees,” he says.

None of this is particularly ground-breaking—companies have long touted the benefits of engaging community stakeholders and giving employees the opportunity to volunteer. But for young, high-growth companies, the idea of injecting a philanthropic philosophy at an early stage establishes a long-term growth path that ultimately means the company exists for more than just financial gain. “Great companies are now aspiring to be way more than just great products,” Martens says, highlighting a number of companies that exemplify this evolution, including Ben and Jerry’s, Google, LinkedIn, and Patagonia, as well as Pledge 1% co-founders Atlassian and Salesforce.

Although there is a wealth of lessons and experience in the corporate world for Pledge 1% signatories to draw on, according to Martens young companies and their entrepreneurs have something to offer their larger counterparts as well.

He says: “[Making a philanthropic commitment] early in the company’s history is about expanding your view on empathy and responsibility, as opposed to viewing community engagement as an obligation. Those views are changing, just like business models are changing due to the sharing economy and high-tech capabilities. This is about realizing that the twenty-first century problems can only be solved with the right kind of empathy.”

SDG Q&A with Neil Hawkins: Collaborating to Redefine the Role of Business in Society
Philanthropy, Interrupted: Why the Chan Zuckerberg Initiative Has Us Questioning Philanthropic Intent 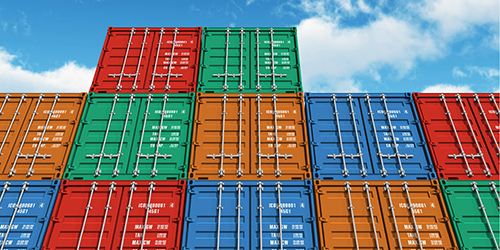