Minneapolis-St. Paul, MN, were the host cities of the June meeting of The Conference Board Contributions Council I. Attendees heard speakers discuss local issues that companies based in the Twin Cities are working on with their nonprofit partners and local government departments, as well as how collaboration among those companies can create amplified impact.

The meeting began with a backstage tour of the Guthrie Theatre on the first night, followed by a private dinner with its new artistic director, Joseph Haj, who spoke eloquently about the positive impact that arts has on individuals and communities traditionally thought of as at-risk, including his own personal story of transformation. Education was at the top of the agenda during the working sessions. For Minneapolis-St. Paul, there is a particular focus on reducing the academic achievement gap in the Northside Achievement Zone and the St. Paul Promise Neighborhood, which suffer from a combination of high crime, poverty and failing schools. In addition, the agenda covered issues of homelessness, hunger, health and housing, and engaging local immigrants to support global refugee assistance programs.

CEOs at the helm of corporate citizenship

Minnesota has a history and culture of corporate community engagement—supported by equally-active private and family foundations—and Contributions Council I members, including 3M, Cargill, General Mills, Medtronic, Target Corporation and UnitedHealth Group, have long been leaders. The work they do collectively with the community in the Twin Cities is particularly important and this provided the general theme for the meeting.

The leadership for this corporate philanthropy has typically come from the top. New CEOs moving to the region are encouraged by their peers to accept the community mission around which other local CEOs coalesce. This is due in large part to the close community collaboration that companies based in the Twin Cities and elsewhere in the state have forged over decades. According to representatives from many of these companies, local corporate philanthropy executives meet regularly to discuss issues they’re working on and to share challenges and lessons.

Enthusiasm at the top for corporate citizenship stems in part from the “Minnesota Keystone Program,” a group that was founded in 1972 by 23 companies committed to community engagement. At the time, the members of the compact committed to donating 5 percent of earnings and for some that commitment persists. The group now includes companies that donate at least 2 percent of earnings—still double the national average—and now numbers just under 200 corporate members.

According to Giving in Numbers: 2014 Edition, companies gave, on average, 1.01 percent of pre-tax profits to community organizations (direct cash, foundation cash and non-cash) in 2013. Apart from minor fluctuations, the average of 1 percent tends to persist year over year. For Minnesota-based companies, that figure tends to hover around the Minnesota Keystone Program requirement of 2 percent, or in some specific cases, like Target Corporation, even 5 percent.

There has been some positive social impact registered in the Twin Cities, including formidable median household incomes and college graduation rates, but challenges persist. For example, speakers at the Contributions Council I meeting noted ongoing disparity for racial minorities, in particular with regard to academic performance and despite evidence of rising income levels. It is issues like these that the corporate community, along with its other partners, continues to collaborate on.

About the Contributions Council I

The Conference Board Contributions Council I advances the practice of corporate philanthropy by underscoring its importance to corporations and society. In our candid and confidential meetings, we educate each other on the latest trends and identify key industry issues. This council includes representatives from some of the best-known and best-run companies in the United States and around the world. Council members also have the opportunity to visit the communities, campuses, and nonprofit organizations that benefit from their grant-making.

Highlights from the Global Social Investing Council: Mexico
The Hershey Company: Building a Platform to Communicate the Pairing of CSR and Business Processes 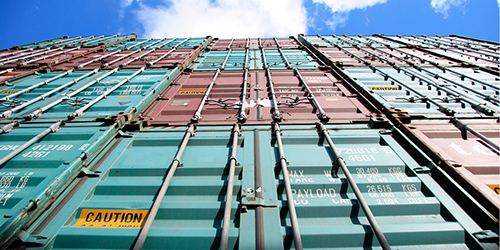