Giving Tuesday, an annual global day dedicated to charitable giving, celebrates its third year on December 2, 2014. In that time, the campaign has garnered the support of some 350 corporate partners, which celebrate through a range of activities such as employee matching-gift programs, corporate volunteer days and social media grant-making campaigns, among many others. In the lead up to the December 2 event, we will be looking more closely at some of these plans.

In this opening post of the series, we asked Anastasia Dellaccio, who oversees special initiatives at the United Nations Foundation, one of Giving Tuesday’s co-founders, to explain the genesis and subsequent growth of the movement.

Q: What is the idea behind Giving Tuesday, and how did so many companies come to be involved?

The retail industry has long benefited from seasonal shopping that symbolically kicks off with “Black Friday”— a day that has since inspired “Small Business Saturday” and “Cyber Monday”. Giving Tuesday serves as a celebratory, fully connected global day to kick off the giving season, when many make their holiday and end-of-year charitable gifts. We use the hashtag #GivingTuesday to unite people and organizations all around the world together.

The UN Foundation’s role is to control the communications and digital aspect of Giving Tuesday, but we’re also heavily involved in bringing in new partners. In 2013, we had over 10,000 partners in 43 countries taking part. In the U.S. 350 of those were corporations that identified this as an excellent opportunity to rally support from employees and other stakeholders for causes that they work on year round. Our social media platform makes it easy for them to bring scale and attention to their philanthropic work.

For example, AT&T partnered with Union Settlement Association to tweet stories and information about the organization’s work in New York’s East Harlem community. They launched their campaign two weeks before Giving Tuesday and donated a fixed amount for each re-tweet, up to $10,000. And through its YouthSpark initiative, Microsoft offered to match up to $250,000 of donations to any charitable partners, a match that was met in less than 20 minutes on Giving Tuesday.

Q: What is impact for Giving Tuesday, and how do you measure it?

Giving Tuesday’s most significant impact is our ability to engage individuals and organizations around the world, and to encourage them give to their favorite causes. So, success for us is a growing number of participants, and ultimately an increase in the size of each gifts—as well as overall giving—on the day.

And then there’s the amount of money donated. This is slightly harder to track because there are organizations and individuals that donate on Giving Tuesday without notifying us, so some of it falls through the cracks. But we encourage our partners to report donations to us. In 2013, we identified the average online gift to be $142.05, an increase of 40 percent from 2012.

More of the same, but on a bigger scale. We have over 100 partners joining every week, and a number of affiliate countries have launched their own movements, including New Zealand for the first time this year. Mini movements within the U.S. are also popping up in places such as Baltimore, MD, and Montgomery, PA.

In 2013, we introduced the #unselfie (the unselfish selfie), which is a digital photo documenting how people were giving. It was a huge success, so we’ll continue to use that this year.

Keep an eye out on this blog for more profiles of corporate Giving Tuesday partners in the lead up to December 2. If your company is making plans, we'd love to hear from you. Email Alex.Parkinson@conference-board.org. 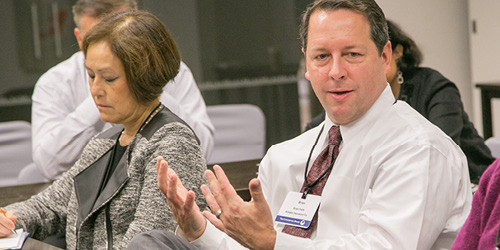