Renowned philosopher and professor of bioethics at Princeton University, Peter Singer, responds to questions about what “effective altruism” means for corporate philanthropy.

In August 2013, Peter Singer caused a stir in the philanthropy world with his New York Times piece, “Good Charity, Bad Charity”. In that provocative article, he questioned the effectiveness and altruistic nature of certain charitable contributions benefitting local communities, including those to museums and symphony orchestras, urging donors to give to organizations that truly provide life-saving assistance to people in dire needs. Singer also recently wrote an article about giving to charity “with our heads” in the Washington Post: effective altruism, he explains, encourages people to think harder about how they can have the most positive impact on society. Debate over the movement has flared, with a tit for tat on the Stanford Social Innovation Review blog between effective altruism’s critics and proponents drawing significant interest from the field. Giving Thoughts’ own Advisory Board member, Paul Brest, added his thoughts in his piece, “The Promise of Effective Altruism”. A lot of the discussion centers around individual giving, but I wondered whether corporate philanthropy had something to learn from effective altruism. Prof. Singer kindly accepted my invitation to answer my questions for Giving Thoughts. The data and facts cited in the questions below are taken from Giving in Numbers: 2013 Edition.

Q: What can corporate philanthropy learn from effective altruism?

A:  All of the discussion of effectiveness is directly relevant to corporate philanthropy. Corporations, like individuals, should be asking themselves: “Given the amount of resources I am willing to put into philanthropy, how can I make the biggest possible difference for good?” The effective altruism movement has been focusing extensively on how we can answer that question.

A: There are two elements to effective altruism: effectiveness and altruism. So whether the foundations and corporate giving programs are effective altruists will depend both on how effective they are and on how altruistic they are. On the effectiveness issue, some foundations and corporate giving programs spend, as you say, significant resources attempting to maximize their impact, but only within a framework that already predetermines the field, or fields, within which those resources will be given. For instance, some foundations and corporate giving programs have decided that they will give a third of their donations to helping the underprivileged within their own community, a third to health care research on diseases that affect affluent societies, and a third to the arts. No matter how much they then invest in trying to maximize their impacts in each of these fields, they won’t become effective altruists, because they really need to rethink that division, and perhaps should not be spending anything in any of those categories—they would make a much bigger impact for good if they were to donate all of their philanthropic resources to helping those in extreme poverty in developing societies. On the second point, about altruism, individual “effective altruists” typically give at least 10 percent of their income to highly effective charities, and some give much more. As your findings suggest, corporations rarely give that much away, but admittedly, different considerations apply, such as the corporation’s responsibility to shareholders.

Q: Critics of effective altruism argue that attempting to compare the effectiveness of charities across causes is “moralistic” and “elitist”. They claim that it’s impossible to weigh one person’s interests against another (see “What Charity Navigator Gets Wrong About Effective Altruism”). Why should corporate donors be expected to ignore this point when there are so many worthy causes seeking funding?

A: They should ignore it because it is simply not true. Corporations are always weighing one person’s interests against the interests of others—how could they justify firing someone if they did not weigh the interests of the shareholders, customers, and other employees against the interests of the person to be dismissed? Coming closer to philanthropy, every philanthropic program makes, explicitly or implicitly, a decision that is based on some values. How can it be “moralistic” to suggest that some value choices are better than others? What is the alternative? Put every request for money into a hat, and give to the one you draw out first?

Q. Some of your critics also observe that culture is a driver of economic development, and that it is in a wealthy country with great museums and symphony orchestras that hundreds of thousands of people and hundreds of companies can afford to donate to the undeveloped world. What do you say?

A: Is there supposed to be cause and effect here?  The great museums and symphony orchestras lead to the wealth that makes it possible to donate to the undeveloped world? Where is the evidence for that? It seems much more plausible that wealthy countries can afford to have great museums and orchestras, and can afford to donate—something, though not nearly enough—to developing countries. Without evidence of a causal connection, it remains true that the resources we put into museums and symphony orchestras could do more good if used to help the global poor.

Q: Companies are increasingly focusing on fewer, but larger grants to strategic partners. Do you consider this a positive trend, or should corporate donations be spread among a number of recipients?

A: There is no point—or at least, no point in terms of the amount of good achieved—in spreading corporate donations, and it takes more time to monitor donations to many different organizations. Find the best organization, or the best two or three organizations, and give to them until they reach the point at which, if they were given more, they would not be able to spend it as effectively as they could spend the previous donations.

Q: Effective altruism suggests that donations can be more effective if directed to recipients in the developing world, where money can buy greater impact. Is this true also for companies, or do they have more of an obligation than individuals to contribute to their domestic communities?

A: The same principles apply to corporations, in so far as they are giving philanthropically (rather than investing in their communities in order to have better relations with local government, their employees, and so on). Of course, there is a long-standing debate about whether corporations should give philanthropically at all, rather than seek exclusively to maximize value for shareholders. I think it is now generally accepted that corporations do have a responsibility to act for the social good, but it is a further extension of that idea to hold that they have a responsibility to give where it can do the most good. I think this is a defensible extension, but it does need defending, as indeed the responsibilities of individuals to act altruistically needs defending.

A: They can be, depending on the non-cash benefit given. Sometimes giving products—e.g. food—is unsuitable because the food that the corporation produces is not eaten in the culture in which it arrives; or sometimes it is eaten, but the donation of a large quantity of food destroys the market incentives which lead local farmers to grow more.

A: They may be justified in pursuing such endeavors; the question is whether they should count as charity.

Q: Can a company make a more impactful contribution to society through socially oriented commercial ventures or philanthropy?

A: That question has no general answer.  It will depend on the nature of the socially oriented commercial ventures that the company could pursue, and how they compare with the impact of the philanthropy it could undertake.  That will vary from project to project, and the only way to find out which is better is to do some careful evaluation.

Q: How could companies do a better job of generating the most impact out of their donations?

A: Take a look at the lists of recommended organizations available at The Life You Can Save (www.thelifeyoucansave.org) or the guys at GiveWell (www.GiveWell.org) or the Proven Impact Fund (www.poverty-action.org/provenimpact/fund?).  Otherwise, do your own research into the effectiveness of projects you are considering funding—and that means calling in experts, like the people at the Proven Impact Fund,  who know how to assess projects using the same randomized controlled trials that are the gold standard for pharmaceutical corporations seeking to provide evidence of the efficacy of their products.

Corporate volunteering: what’s in it for employees?
Funding nonprofit marketing training: a priority on the corporate philanthropy agenda 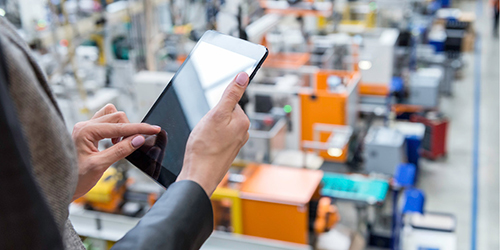