By Alex Parkinson, Senior Researcher and Associate Director, The Conference Board Growth in corporate communications department budgets, team sizes, and leaders’ compensation, as well as the organizational choice of having senior communications officers report directly to the CEO, point to the fact that corporate communications is becoming increasingly critical to strategy execution and business growth. These are among the findings of Corporate Communications Practices: 2016 Edition, a new benchmarking report released today by The Conference Board. The study is the latest addition to the Corporate Intelligence suite of benchmarking products introduced by The Conference Board to support the peer comparative needs of public companies. To access the report, visit www.conference-board.org/intelligence. In a survey of 45 U.S. public companies, respondents identified the top three responsibilities for corporate communications officers as being oversight of the company’s reputation, providing advice directly to the CEO, and supporting employee relations and engagement. “The first edition of this benchmarking report establishes an important foundation for understanding the evolving corporate communications function,” says Matteo Tonello, managing director of corporate leadership at The Conference Board and co-author of the report with Alex Parkinson, senior researcher and associate director of the Society for New Communications Research of The Conference Board (SNCR). “Much has been made about the shifting responsibilities of corporate communicators as companies seek to disseminate a clear, consistent message internally and externally, and to infuse their brands with authenticity and transparency. Our survey findings support this notion.” Corporate Communications and Gender Diversity The findings also show that corporate communications teams typically outperform other departments on gender diversity both in the rank and file and among the leadership, with shares of female leaders that are a multiple of those found across the C-suite of S&P 500 companies. Across industries, the median number of female professionals in the communications department ranges from eight to nine, with the highest numbers found among companies in the $10 billion to $24.9 billion revenue group (14 women) as well as among companies with 25,000 and more employees (12 women). At the top level of the profession, nearly 60 percent of manufacturing companies and 70 percent of financial services firms have a communications department led by a female executive—by way of comparison, only 14.2 percent of the top five leadership positions at companies in the S&P 500 are held by women. As corporations seek to advance gender diversity, they would be well served to look at their corporate communications departments for guidance. The function has shown great strides in improving opportunities for women, not least with regard to leadership roles.
Digital Health Trend Update—Digital Health Snake Oil?, Pharma’s Big Digital Health Moment, Blockchain Frenzy and More
Key Findings from the JEM 2016 State of Employee Advocacy Survey 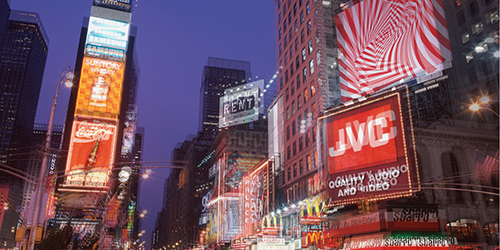