Tags
Full Listing
Podcasts
Fewer Shrinking Industries – the end of disruption?
Young Brit studying in Belgium? Old Brit retired to France? EU citizen working in the UK? Brexit will harm you.
Why the Decline in Earnings Isn't That Bad

This post was written by Gad Levanon, Chief Economist, North America and Frank Steemers, Research Assistant. One of the surprising features of the US economy in recent years has been rapid employment growth despite only modest economic growth. While GDP in the current economic expansion has been growing much more slowly than in previous expansions, employment growth has been quite robust (chart one). Chart one

In Chart Two, it is important to look beyond the spikes around recession years. There is obviously a jump in the number of shrinking industries in recession years. It may be more useful to compare numbers over time in non-recessionary years. Let’s start with manufacturing industries. Recently, the number of manufacturing industries with declines in employment in recent years has been the lowest since at least the early 1990’s.[1] In 2015, only 21% of manufacturing industries experienced a decline in employment. Between 1991 and 2010 that share never dropped below 32%, and between 1999 and 2010 it never dropped below 55%.   Why have so few manufacturing industries experienced a decline in employment in recent years? It has certainly not been due to strong demand. As mentioned above, economic growth has been unusually weak in the current expansion. The answer is probably a combination of a slowdown in productivity growth, lower offshoring activity and slower import penetration from foreign competitors. When employers in a certain industry are able to maintain production with fewer workers due to technological improvements or other reasons, the number of workers in that industry is more likely to shrink. At The Conference Board we have been writing a lot about the slowdown in productivity growth. See here and here for example. Many others have been writing about this as well. One reason for this lack of productivity growth is a lack of innovation and – what economies like to call - creative destruction. Similarly, when employers shift production to other countries, the number of domestic workers shrinks.  There are no official measures of the number of jobs lost to offshoring. One related data source that existed until 2012 was the Mass Layoff Statistics from the Bureau of Labor Statistics. One of the measures from that survey was mass layoffs due to movement of work to overseas locations. In 2012 that number was a fraction of the 2004 level (Chart Three), suggesting that offshoring activity slowed down significantly in the past decade [2]. Chart Three

In the non-manufacturing sectors there also are fewer shrinking industries now compared with 2001-2010 period, but the change is much less dramatic than in manufacturing. One possible conclusion is that between the late 1990s and the start of the Great Recession the combination of rapid technological change, offshoring and import penetration caused a major disruption to US manufacturing, and a smaller one to non-manufacturing, but that this disruption is largely over by now. That is one of the reasons for the robust employment growth in this expansion despite modest economic growth. Will we see more shrinking industries in the future? It is hard to predict future productivity growth and offshoring activity, but the tightening of the labor market is a factor that is likely to increase the number of shrinking industries. Faster labor cost growth and declining corporate profits in the US are likely to push more businesses to further automation and offshoring, though the scope for more offshoring appears much more limited than 10-15 years ago. In case you are wondering which industries are still shrinking in recent years, the list is below. The majority of these industries have been constantly shrinking for one or two decades. Here are the industries that were mostly shrinking in 2011-2015: Electric power generation Manufacturing Textile mills Apparel Paper and paper products Printing and related support activities Computer storage devices, terminals, and other peripheral equipment Communications equipment Electricity and signal testing instruments Wholesale and retail Office equipment Paper and paper products Book stores and news dealers Florists Office supplies, stationery, and gift stores Other Publishing industries, except Internet Video tape and disc rental U.S. Postal Service   [1] It was probably lower than in the 1980s as well. The shift in industry classification makes comparisons to the 1980’s problematic, but from looking at the data it seems that the number of shrinking industries throughout the 1980’s was higher than in recent years. [2] According to a TD Economics report from 2012, the overall magnitude of job losses due to offshoring was large: “Of the 5.3 million manufacturing jobs lost since the turn of the century, we estimate that roughly 1 million were from the direct effects of offshoring to low-cost China.”
Young Brit studying in Belgium? Old Brit retired to France? EU citizen working in the UK? Brexit will harm you.
Why the Decline in Earnings Isn't That Bad 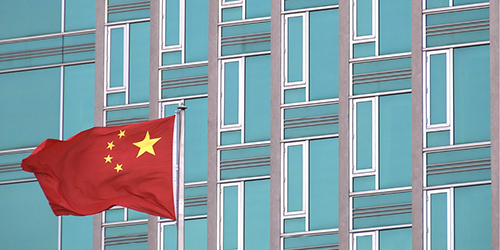