While many Americans are focused on what a Trump administration will mean for such issues as healthcare, immigration, and gender diversity, those in the governance community are also concerned about the fate of the many Dodd-Frank Act rules enacted during the Obama administration and the possibility of mandatory use of universal proxy cards in contested director elections. The latter governance issue has been monitored by The Conference Board Governance Center, which convened a roundtable on September 20, 2016. The Center has published roundtable highlights, which includes a primer on universal proxy written in Q&A format by Weil attorneys. Conference Board members can download the complimentary publication here. The impetus for the roundtable was an earlier discussion at the SEC as well as a 2015 speech to the Society for Corporate Governance by outgoing SEC Chair Mary Jo White. Representatives from such organizations as Broadridge Financial Solutions, CalSTRS, the Council of Institutional Investors, Morrow Sodali Global, Okapi Partners, Weil Gotshal & Manges, and Willis Towers Watson took part. They discussed the history of universal proxy, the existing SEC voting regime in contested director elections, the pros and cons of such a voting system, and possible industry solutions. A sub-group of the roundtable met with SEC staff in October to share what was discussed, including a “voter choice” alternative. Soon after that meeting, the SEC issued its proposed amendments calling for mandatory universal proxy. However, with the SEC down to two commissioners and a new chair on the way from the private sector (White is stepping down Friday) it is not clear when final rules will be written. But there may be a chance that happens soon since Carl Icahn, President-elect Trump’s special advisor on overhauling federal financial regulations, has stated he is in favor of mandatory universal proxy. Our report summarizes the key points from our September 20 roundtable, and our primer is designed to be a director and executive-friendly synopsis on what this issue entails.
Uncertainty a major corporate governance theme in 2017
The Materiality Gap between Investors, the C-suite and Board 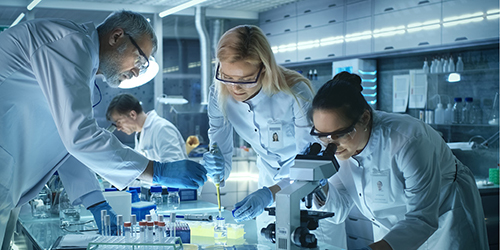