As 2011 comes to a close, we wanted to share with you the five most read blogs from The Governance Center Blog in 2011.  Executive compensation was the big topic of 2011 and we think it will continue to be in 2012 as the focus stays on pay practices in the 2012 proxy. (Don't miss our upcoming Governance Watch webcast on January 5, which will focus on exec comp and the 2012 proxy.) We think we'll see more on Dodd-Frank in 2012 as the SEC begins rulemaking. And sustainability will be an increasingly important and public topic for boards. What are you expecting for 2012? Enjoy and happy New Year!

5. Taking a Look at Say on Pay Proxy Statement Language

Now that the SEC has adopted the final rules for Say on Pay, Say When on Pay and golden parachutes advisory votes, I thought it would be a good time to share some examples of a public company  that has already dealt with these votes for the upcoming proxy season. For those of you who haven’t had the time to read about the Jan. 25 SEC vote (3-2 along party lines), there is quite a lot of blog posts out there that explain what the new rules mean. I would suggest looking at TheCorporateCounsel.net Jan. 26 blog post and Wachtell, Lipton, Rosen & Katz’ client memo. Read the rest of this entry »

Of the many reports that are out there on corporate governance, there is one that should be included in your “must read” pile this summer. Bridging Board Gaps is a 60-page report produced by a group of directors, business leaders, academics and former government officials that attempts to address board governance challenges following the 2008-2009 financial crisis. Produced in the same vein as the National Association of Corporate Directors’ many Blue Ribbon task forces, the Study Group on Corporate Boards was chaired by Charles Elson, the chair of the John L. Weinberg Center for Corporate Governance at the University of Delaware; Read the rest of this entry »

As public companies and shareholders gear up for the first big wave of SEC-required advisory votes on executive compensation, the frequency of such votes and golden parachute compensation plans in the wake of the Dodd-Frank Act, the search goes on for best practices and advice. In the past couple of months, there has not been a shortage of both as law firms, compensation consultants, and corporate governance education centers or think tanks. For those of you who need a refresher on the three Say on Pay-related votes this year, here they are: Read the rest of this entry »

Through the use of sustainability reporting, a handful of public electronics companies are learning how the processes used in the due diligence of tracking their supply chain can help them get out in front on a little known section of the Dodd-Frank Act. Section 1502 of Dodd-Frank will require public companies to disclose and possibly audit its manufacturing process when it is believed they may be using so-called conflict minerals from the Democratic Republic of Congo and neighboring countries. It is believed that country uses the proceeds of sales of those minerals to finance sexual and gender-based violence and exploitation in the war-ravaged nation. Under the law, the SEC is supposed to draw up rules that will require companies to conduct supply chain due diligence, third party verification and possibly audits of sources such metals as tin, tantalum, tungsten and gold. Read the rest of this entry »

As the proxy season gets into full swing, the issue of the amount of power and influence held by proxy advisory firms – specifically ISS and Glass Lewis – is front and center thanks to the so-called Proxy Plumbing concept release issued by the SEC last year. While it has been no secret that many public company board members have a personal aversion to many of the proxy advisory firms, those same firms have been put on the defensive as many of the public comments to the concept release have been disclosed. Many letter writers are calling for strict regulation of third parties that have no economic interest in a company either giving advice to powerful institutional investors or voting shares for those investors. END_OF_DOCUMENT_TOKEN_TO_BE_REPLACED
ISS Publishes White Paper on Pay for Performance Evaluation
Governance Watch - The 2012 Proxy Season 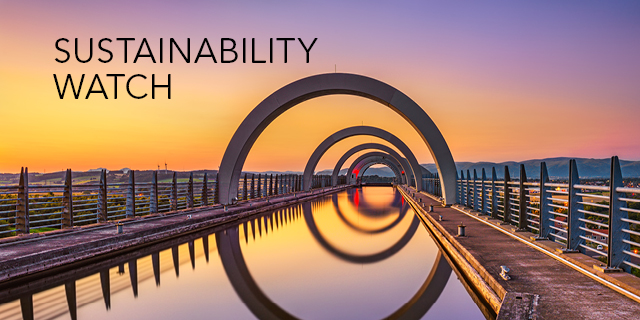