Among U.S. public companies, the role of lead director is being taken seriously enough that is the subject of a blue ribbon commission report by the National Association of Corporate Directors (NACD) that was unveiled at that organization’s annual Board Leadership Conference. But U.S. companies have a long way to go to catch up to their brethren in the UK, where a senior independent director role has been in place at companies there for the past decade. At this week’s NACD Board Leadership Conference in Washington, D.C., the Blue Ribbon Commission Report on the Effective Lead Director was the focus of a panel moderated by NACD COO Peter Gleason. That panel, which also included BRC members Barbara Hackman Franklin, Irv Hockaday, Karen Horn and Ted Dysart, discussed the major points of the report on Monday. Although I did not attend the conference, I have captured some of that particular panel discussion in the following Twitter discussions under the hashtag #nacdblc11 (Editor’s note: I couldn’t help but clean up some of the tweets which used uncommon abbreviations due to the 140-character limit.): UrmiAshar Urmi Ashar #nacdblc11 Lead Director Panel: Gr8 Lead Directors help other directors around the table find their constructive voice to add to the conversation. UrmiAshar Urmi Ashar #nacdblc11 Lead director panel: Autocratic command & control leadership style isn't conducive to group process. Collaboration key to lead. DrRLeblanc Richard Leblanc #NACDBLC11 LDir: "Lead Director should lead from behind." [mentor, coach, bring out best in directors & board]; UrmiAshar Urmi Ashar #nacdblc11 Lead Director Panel: Lead Director shouldn't insert himself between CEO and the other directors. Each director should have own relationship NACD NACD Should there be a separation of the role of lead director? One size does not fit all. #NACDBLC11 NACD NACD NACD Chair Barbara Franklin speaks to what is needed of a lead director. Independent, respected by CEO, can bring about consensus. #NACDBLC11 Prior to the NACD conference, Gleason interviewed Don Keller, a partner in PwC’s Center for Board Governance, about the results of the BRC report in a NACD BoardVision webcast. “The Commission agreed that the lead director should be a ‘leader among leaders,’ able to balance collegiality among the directors with the ability to lead them,” Keller said. “Someone with a domineering personality, who competes for power in the boardroom, is likely not a good fit for the role, but neither is a person who is overly conciliatory and too easily led. Again, the key is to find a ‘leader among leaders.’” Gleason went on to describe the BRC’s explanation of the lead director’s main duties. “The Commission agreed that mentoring the CEO should generally not be one of the specific duties of the lead director,” he said. “The Commission also acknowledged it is not uncommon for the chair/CEO to use the lead director as a sounding board, but cautioned against letting the relationship become overly close.” Gleason and Keller agree that while the lead director role calls for a lot more time than a normal independent director, the compensation doesn’t reflect that. “In fact, the BRC report includes a table on lead director compensation by size of company, and as you can see, the premiums are generally modest,” Gleason said. “Except for the micro-cap companies, which pay a third more on average, lead director premiums tend to be only half that — being only about 15 percent higher than regular board pay, give or take a few percentage points.” The 2010 U.S. Directors’ Compensation and Board Practices Report published by The Conference Board last October (the 2011 report is due out soon) backs up those findings on lead director compensation. The median additional cash retainer that all companies surveyed by The Conference Board was only $10,000 (ranging from $12,442 for manufacturing companies to $19,635 for financial services firms.) That pales in comparison to board chairman cash retainers: $40,844 for manufacturing companies to $58,123 for non-financial services. The 2010 Board Practices Report also found that as many as 71.4 percent of companies in the largest revenue group have a lead director compared to only 42.1 percent for the smallest companies. I guess progress is in the eye of the beholder, at least when it comes to the evolution of the lead director role. Consider how long it has been since the idea was first floated by corporate governance gurus attorney Martin Lipton and Harvard professor Jay Lorsch in a 1992 Business Lawyer article (“A Modest Proposal for Improved Corporate Governance.”) It took more than a decade for the idea to catch on. The first known best practices in the U.S. for lead directors were published back in 1999 by the Investment Company Institute as part of its Report of the Advisory Group on Best Practices for Fund Directors. On page 25 of that report there are two paragraphs dedicated to the recommendations about independent directors naming one or more lead directors.
#Commitforum: Sustainability Reporting Now ‘Businessified’
Worth Reading: Conflict Minerals Disclosure 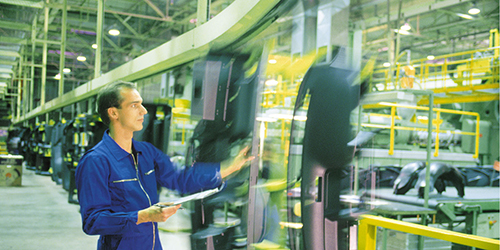