During our recent Corporate Governance and Compliance Crash Course, we had the opportunity to hear from three key people at three of the largest institutional investors who gave us their take on some of the most important governance/shareholder issues. While it is not our policy to attribute what is said at these events, we thought it was worth sharing the unattributed comments to the public so as to elicit conversation on these issues at such a critical time in corporate America’s history. If you are member of The Conference Board Governance Center or attended the Crash Course, you will receive a Key Notes publication over the summer that will provide a synopsis of the course. Here are some comments on the most dynamic issues brought up at the Crash Course preceded by the questions that elicited the response: Board Composition and Effectiveness What is the job of today’s board? What do investors expect of directors who sit on company boards? What are they supposed to be doing for investors? “Collegiality is very important. But being polite causes some boards to be too quiet.” “It’s to get those windows into the boardroom [for the investors]. They have to make sure the managers are setting the ethical standards at the top.” Should shareowners be given a more effective way to get rid of ineffective directors? Proxy access [shareholder director nomination] seems to be the current “silver bullet” being promoted. Is this the answer? “It’s only in those rare instances where shareholders should be able to weigh in to replace an ineffective director. It’s not a right that will be successfully [carried out] too often. As for proxy access, the benefit is that conversation that is held with shareholders.” “We always want to have a dialogue with the board. We think of proxy access as the last resort [to force that dialogue].” A prevailing view is that board members are too old, not diverse enough, in many cases don’t have the right skill sets to adequately oversee the business they’re responsible of overseeing. Is the concern accurate or overstated? Is there any real movement by boards to take this in a more positive direction? “In a lot of cases, I don’t think that is overstated. For the second year in a row, we sent a letter to the companies that had board members from failed companies sitting on them. The responses ran the gamut: no response (50 percent), informative but won’t affect our board, very thoughtful response (some companies talked to that director and said they understood the risk). We just wanted to elicit some comment from the companies.” Executive Compensation As we wrap up another proxy season, what is the early analysis from the investor community on Say on Pay? Has the Say on Pay vote changed the way in which investors review compensation issues or made it more likely they would register concern regarding compensation with the company? “We refined our practices. We wanted to identify the outliers and determine why they are so. We voted against 15 percent [companies] so far. We are going to send out a [general] letter after the season to explain what a negative vote means for a company.” “If it [the Say on Pay vote] is less than 30 percent, then your company should look at your compensation plans.” As you would expect executive compensation remains a hot topic for directors and as such will be discussed during the June 16-17 Directors’ Institute Directors’ Roundtable Forum. For a peek at the agenda for that meeting, click here. For more information on that event and other upcoming Governance Center events (Directors’ Roundtable on Executive Compensation co-hosted by University of Delaware’s Weinberg Center on Dec. 1-2 and the next Corporate Governance and Compliance Crash Course on Jan. 19-20, 2012, click here.
The Conference Board Webcast: Say on Pay About Substance, Not Election
Millstein Center Names Governance Center Director DeNicola ‘Rising Star’ 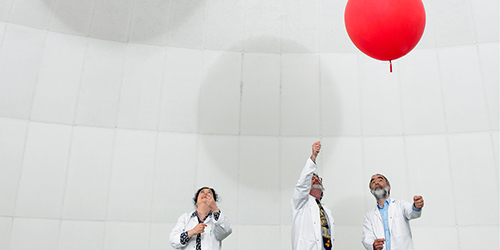