Triennial, biennial, or annual. What will it be? That’s the question public companies will be answering this coming proxy season when it comes to the frequency of Say on Pay votes, as required by the Dodd-Frank Act. The early returns are mixed as an analysis of proxies filed by Dec. 30 done by Latham & Watkins law firm found that 41 of 73 companies (56 percent) have recommended triennial votes, 17 (23 percent) have recommended annual votes, and 8 (11 percent) have recommended biennial votes. Interestingly enough, 10 percent did not make a frequency recommendation, which the SEC allows as long as there is an explanation. Companies whose annual meetings occur on after Jan. 21, 2011 will have to hold an advisory vote on executive compensation plans, the frequency of such votes, and a vote on golden parachutes (payments made to executives in connection with an acquisition, merger or other specified corporate transactions). However, separate polls by the global professional services company Towers Watson and Broc Romanek’s TheCorporateCounsel.net blog showed an annual vote to be the leader with about 50 percent. The Towers Watson poll of 135 U.S. public companies conducted in mid-December showed that four in 10 respondents cited accountability to shareholders and a desire to minimize administrative burdens as factors that influenced the vote-frequency recommendation. TheCorporateCounsel.net [See Jan. 7 post.] informal poll came up with the following results: 50 percent annual vote, 4 percent biennial, 33 percent triennial, 4 percent no recommendation. The Towers Watson poll results were as follows: 51 percent annual vote, 10 percent biennial, and 39 percent triennial. In addition to releasing its analysis of the December 2010 proxy filings, Latham & Watkins also issued some recommendations for public companies for 2011. “By now, companies should have reviewed their pay practices and eliminated any unjustifiable practices,” the January commentary read. “Companies should review records on prior shareholder votes and proxy advisory recommendations on equity plans and the reelections of compensation committee members to identify any potential problems for the Say on Pay votes.” Latham & Watkins goes on to say that “companies should use an executive summary to list all of the features that are on a proxy advisor’s checklist (such as stock ownership and holding requirements, clawback provisions, absence of tax gross-up provisions and tax reimbursements).” Apparently, many of the early filers have heeded this advice as 56 percent (19 of 34) of large accelerated filers have included an executive summary of the compensation discussion and analysis (CD&A) to assist shareholders before they cast their votes. According to the Towers Watson report, 65 percent of responding companies plan on devoting more attention to explaining their programs in the CD&A. “While many companies have been taking steps to make their executive pay programs more shareholder-friendly in recent years, relatively few have been thinking beyond their first Say-on-Pay votes to how they will analyze and address shareholders’ input going forward,” James Kroll, Towers Watson senior consultant, said in a statement. “This new era will require companies to step up their ongoing communication with shareholders and tell a compelling story about how their pay programs help drive business performance, while also listening and responding to shareholder concerns.” As for the reasons behind backing each of the three frequency choices, Latham & Watkins took a crack at it in its commentary: Annual votes Triennial votes Biennial votes One takeaway to consider from the Towers Watson survey is that only 8 percent of the respondents have a process in place to analyze the results of the Say on Pay vote and develop a plan to respond to shareholder concerns.
Some More Top Issues Lists for 2011
Wikileaks Episode Should be Wake-Up Call for Companies 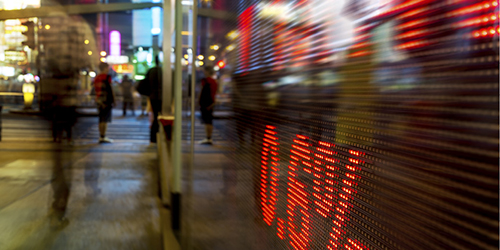