The second salvos have been fired by those organizations representing public companies and investment funds in a court fight with the SEC over proxy access. While the U.S. Chamber of Commerce and Business Roundtable have filed their 215-page opening brief on Nov. 30, a slew of groups representing investors, pension funds and investment funds have either filed or plan to file friend of the court, or amicus curiae, briefs with the U.S. Court of Appeals for the D.C. Circuit. That suit, which was filed in September, is meant to vacate the new proxy access rules approved by the SEC in August that were due to go into effect on Nov. 15. Following the filing of the suit, the SEC agreed to stay the implementation of the rules until a court decision. That is not expected before the next proxy season. By the way, an SEC spokesman told me the commission is due to file its responding brief by Jan. 19, 2011. [Public companies] “will be injured by the challenged ruled through, among other things, expensive proxy contests, the distraction of directors and management from the performance of their responsibilities, and loss in shareholder value due to the threatened or actual election of certain shareholder nominees using company proxy materials,” the Business Roundtable and Chamber said in their brief. The original petition filed Sept. 29 stated, the SEC’s rules are “arbitrary and capricious and otherwise not in accordance with law,” “exceed the commission’s authority” and “violate the issuers’ [public companies] rights under the First and Fifth amendments.” An amicus brief filed today by the Investment Company Institute and Independent Directors Council in favor of the lawsuit said that while they support proxy access rule per se they believe “the SEC rules in their present form are unsuited to the unique corporate governance structure of fund companies and boards and could increase costs for investors if implemented.” “It was disappointing that the SEC proceeded with this flawed proxy access rule. Throughout the process, we urged the agency to conduct a thorough cost-benefit analysis – as required by law – to determine how this rule might impact fund investors. Sadly, that analysis never happened,” said ICI President and CEO Paul Schott Stevens. “We hope the Court understands the important distinctions between funds and operating companies and vacates this rule.” The ICI and IDC brief focuses on five areas that the SEC rules would affect related to investment funds: The other friends of the court briefs are due to be filed by 17 investor organizations and pension funds that will support the SEC in the matter. They include: Teachers Insurance and Annuity Association of America, College Retirement Equities Fund, Council of Institutional Investors, California Public Employees’ Retirement System, California State Teachers’ Retirement System, State of Wisconsin Investment Board, Trustee of the New York State Common Retirement Fund, Oregon State Treasurer Ted Wheeler, New York City Employees’ Retirement System, Board of Education Retirement System of the City of New York, Teachers’ Retirement System of the City of New York, New York Fire Department Pension Fund, New York City Police Pension Fund, New Jersey Division of Investment, Washington State Investment Board, North Carolina Retirement System, and Colorado Public Employees’ Retirement Association. While I was not able to locate any of those briefs yet, at least one of the potential amicus brief filers made its case back when the lawsuit was filed: “We continue to believe that access to the proxy is a fundamental shareowner right and that it will make boards of U.S. public companies more responsive to shareowners and more diligent in their oversight of management,”  CII Deputy Director Amy Borrus told me when the lawsuit was filed. [Read my Oct. 5 blog post]
Board Diversity Progress Measured by Calendar, Not Clock
Merger May Give Investors Alternative to ISS Ratings 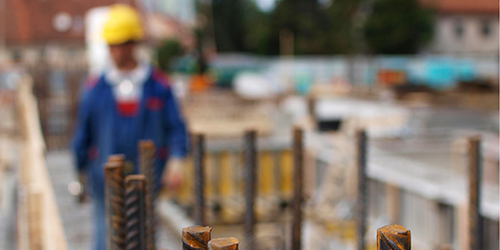