It may not be hailed as a shareholder Bill of Rights, but today’s 3-2 SEC vote on shareholder proxy access is the first significant part of the Dodd-Frank Act to be put into place long before the 2011 proxy season. (The rule changes take effect 60 days after they are posted in the Federal Register.) The reason the SEC could act so quickly on proxy access is that it already had everything in place long before the Democrats pushed through the legislation over the summer. SEC Chair Mary Schapiro just needed the authority to act. “Some of the debate during the past has concerned whether the Commission has the authority to adopt these rules,” she said today. “That question was resolved last month, when Congress adopted and the President signed the Dodd-Frank Wall Street Reform and Consumer Protection Act. That law confirms the Commission's authority to act in this regard.” [See video replay of the SEC open meeting.] And when you factor in the director election-related developments of the past year, it’s easy to see why some company directors may indeed have to worry about facing legitimate competition. In the past year, there has been the loss of the broker discretionary vote, a voluntary movement toward majority voting standards (although some were driven by shareholder proposals) and a trend to declassify boards. These changes point to a need for more shareholder board dialogue. That was part of the message from the three commissioners who voted in favor of the measure (Schapiro, Elisse Walter, and Luis Aguilar). “A significant effort was made by members of the corporate community, academics, investors, and other ‘commenters’ to write detailed and thoughtful letters to the Commission on the proposal,” Aguilar said. “Approximately 600 letters were received. These letters responded to the Commission’s call for comment on all aspects of the rules, and responded to several hundred detailed questions contained in the proposal.” But not all the commissioners were singing the praises of the rulemaking. Troy Paredes and Kathleen Casey, both appointees of President George W. Bush, dissented. “My prediction is that, paradoxically, the rule that the Commission adopts today virtually guarantees that the Commission will be forced to deal with this issue for years to come,” Casey said. “I say this for two reasons. First, I believe that the rule is so fundamentally and fatally flawed that it will have great difficulty surviving judicial scrutiny. Second, an inevitable consequence of this rule, if it survives, is that the staff will be tasked with the unenviable responsibility of brokering disputes and addressing a broad array of issues arising from the operation of this new federal right every proxy season.” [To read all the commissioners statements from today’s meeting, click here.] According to the commission press release, the new rules require companies to include the nominees of significant, long-term shareholders in their proxy materials, alongside the nominees of management. This “proxy access” is designed to facilitate the ability of shareholders to exercise their traditional rights under state law to nominate and elect members to company boards of directors. Under the rules, shareholders will be eligible to have their nominees included in the proxy materials if they own at least 3 percent of the company's shares continuously for at least the prior three years. Of all the changes included in the 451-page adopting release, there are two directors and management should become most familiar: Rule 14a-11 and amended Rule 14a-8. Rule 14a-11 Rule 14a-11, which was adopted by the SEC today, requires public companies under certain circumstances to include on the proxy the names and pertinent information about shareholder director nominees. However, the right of shareholders to nominate directors is subject to state law and, in the case of multinationals, foreign law. [Read the adopting release.] In order for shareholders to use Rule 14a-11, they must adhere to the following requirements: Amendment to Rule 14a-8 The original rule gave public companies the right to exclude shareholder director nominees from the proxy, which included an opt-in provision. Under the amended rule, a company must include such a shareholder proposal under the final rules as long as the procedural requirements of Rule 14a-8 are met and the proposal is not subject to exclusion under one of the other substantive bases. The only way such a shareholder proposal could be excluded would be if it: Small companies will receive a three-year reprieve before they have to abide by the rules.
Swaps Are First Up in Reform Rulemaking Process
Proxy Access Ruling Elicits Polarizing Debate 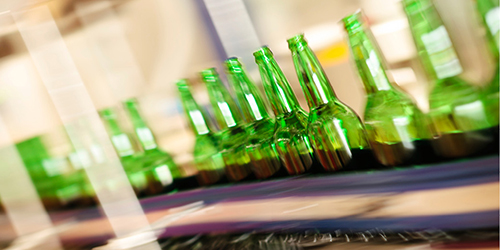 How to Build Sustainability-Based Brand Equity