On paper, President Obama’s plan to levy a 0.15 percent financial crisis responsibility fee on the largest and most levered Wall Street firms may seem straightforward, but determining how leveraged they are may be a problem. If you recollect, one of the reasons the financial crisis reached the heights it did was because many banks and companies did not have an accurate way of measuring how much or the value of the illiquid mortgage backed securities they had on their books. On top of that, the international Basel Committee on Banking Supervision has released what is being termed Basel III to possibly be implemented in 2012. This framework actually offers prescriptive guidance for such important measurements as liquidity coverage ratio and net stable funding ratio. It sets minimum standards for these two important bank capital ratios. Technically, the changes proposed by the Basel committee in its two consultative papers in December 2009 (Strengthening the resilience of the banking sector and International framework for liquidity risk measurement, standards and monitoring) wouldn’t affect U.S. financial institutions until at least 2011 depending on when the country adopts Basel II, which was proposed in 2007.  However, the U.S. Treasury issued interagency guidance last June that would set new standards for funding and liquidity risk management. The final guidance is due out in the next couple of weeks. So what does that all mean for non-banks? Well, it could have an impact on company treasury activity. An unintended consequence of narrower ratios and stricter capital requirements could affect the markets of short-term securities that companies depend on for liquidity. “Banks need to look at capital on a long-term basis,” Peter Davis, a principal in Ernst & Young’s Financial Services Office, said at a recent press briefing. “Some banks may find the costs of doing certain businesses may change, particularly for low risk, capital intensive businesses.” When asked to specify which markets would be affected, he cited securities lending, repurchase agreements (usually involving government securities), or repos, and reverse repos. “They [the banks] have to assess what is profitable and not profitable,” he said. [Read Ernst & Young's A Rise in Liquidity Risk: Questions and Answers.] So if banks start doing fewer transactions in such short-term capital markets, non-banks could be forced to look more closely at what short-term securities they use. A big concern for bank boards is the governance questions raised by the proposed Basel and Treasury interagency guidance. For example, the recent Basel guidance for a global capital framework would: Under the interagency (Federal Reserve, FDIC, Office of the Comptroller of the Currency and Office of Thrift Supervision, National Credit Union Administration) guidance, bank boards must: In order to carry out such actions, banks would have to have a better handle on specific information that they may not have captured in the past, Davis said. “They may have significant data components that weren’t disclosed before,” he said. “All of those processes and data will be subject to a higher level of scrutiny and governance. For example, on liquidity there is some data that is not being [captured] like it needs to be.” And, similar to the assessment of internal controls of financial reporting under the Sarbanes-Oxley Act, there would need to be attestation of the Basel-like disclosures. “The CFO  and CRO [Chief Risk Officer] may want to know who the key stakeholders are and sign off on the [credit model] processes,” Davis said. My point for leading into this post with the President’s financial crisis responsibility fee is that, while it is designed to pay back taxpayers for the TARP (Troubled Asset Relief Program) assistance to some of the largest financial institutions, the lack of knowledge around how much some banks are leveraged is more important than whether or not such a fee should be levied. In this climate, survival is all about how leveraged a company is. And the first step to deleveraging is ascertaining how much your company is leveraged and how much liquidity it has.

The Conference Board’s recent Executive Action Report series on The Role of the Board in Turbulent Times included an article written by Mark Bergman of Paul, Weiss, Rifkind, Wharton & Garrison LLP titled Assessing Corporate Strategy: Liquidity Needs, Financial Transactions, Internal Controls and Disclosure. In it, the author stresses that the board should regularly have management report to it on access to commercial paper or short-term funding resources, maturity dates of term loans and termination dates of revolving credit as well current exposure to the securitization markets. To order the full report, click here.
Citizens United Fallout: Disclosure Key in a Corporate Democracy
Life with Director Education Sans Accreditation 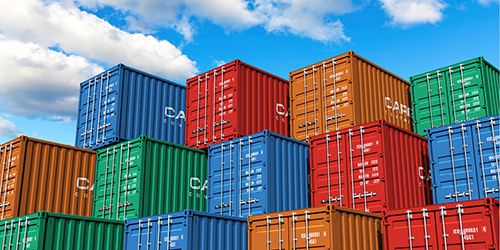