Tags
Full Listing
Podcasts
A Way to Assess and Prioritize Your Change Efforts
Digital Tools to Make Your Next Meeting More Productive
Click, Click, Click: Complete that Online Compliance Training or No Bonus for You

Change is the status quo. Companies the world over realize that success depends on their ability to respond to new opportunities and threats as they emerge, and to keep rethinking their strategies, structures, and tactics to gain ephemeral competitive advantages.

As a result, change initiatives have become more complex than ever before, cutting across divisions and functions rather than staying confined to silos. They are global too, often extending across borders to several nations with different cultures.

Companies must set up and oversee change initiatives more systematically than they used to if they want to succeed. They must periodically evaluate projects against each other to ensure that they have deployed the right amounts of resources, people, and attention across competing efforts. Executives must also find ways of catalyzing the discussions that will result in reprioritizing, re-scoping, or retiring change efforts that no longer serve the organization’s objectives.

Accomplishing all that is tough, and keeps business leaders awake at night. Many tell us that they lack tools to help them check whether their change initiatives are likely to work, or to identify the drivers of success and failure. That’s why we decided to reintroduce a change management tool called the DICE assessment, which we have been refining since we first wrote about it in HBR a decade ago, and a version of which is now available for online use.

With the aid of the DICE tool, companies can assess the probability of success of change initiatives early in their lives. By evaluating projects with a standard scoring mechanism and monitoring those scores over time, the assessment helps managers preserve the odds of success.

It also enables executives gauge what is likely to happen if they shift attention and resources between efforts, which helps them make better-informed mid-course corrections. As companies launch new initiatives and redistribute resources, the DICE score, and the likelihood of success, for existing projects will change.

In addition, the scoring system helps turn challenges into conversations; everyone from the CEO to junior team members will gain a standard basis for discussing change initiatives.

The DICE assessment measures four elements that, according to our research, determine the fate of every change initiative:

Duration. The overall project time of the change initiative, or the time between learning milestones. The shorter, the better.

Integrity of team performance. An indicator of the team’s ability to complete the initiative on time based on members’ skills, traits, and experience as well as the leaders’ competencies.

Commitment. The support for, and belief in, the initiative at two levels: The senior management level, and among the directly affected employees.

Effort. The additional workload that affected employees must bear because of the change initiative.

The project team must score each of those elements on a scale from one to four and combine the weighted scores; performance integrity and senior executive commitment have a larger weight than the other parameters. The result will be a score that will range from seven to 28; lower scores are good signs while higher scores indicate trouble.

Having assessed literally thousands of projects, we find that every project will fall in one of three zones, indicating its likely outcome.

1. If the score is lower than 14, it indicates that the initiative has a high likelihood of success; welcome to the Win Zone.

2. A score in the middle (between 14 and 17) shows that there’s concern over the outcome’s likelihood; the initiative is in the Worry Zone.

3. Scores above 17 indicate that it’s unlikely that initiative will be successful; that’s the Woe Zone. Once the DICE score moves into the 21-28 range, companies must accept that the change project will most likely fail.

By using the DICE tool to score change efforts that are under way, leaders can prioritize efforts, identify trouble spots, and modify resource deployments to improve the odds of success. For example, when the CEO of a large Asia Pacific paper manufacturing company took over, he found that around 35 improvement initiatives were under way to increase output, improve operational times, and reduce costs.

Knowing that the company didn’t have the resources to accomplish all those objectives, he sat down with the team leaders, reviewed the projects, and together, they calculated the DICE scores for each of them.

The council finally identified five of the 35 as must-wins over the next two years. Consequently, the team leaders made several adjustments, allocating the strongest team members to, and building in intermediate milestones into the plans for those five initiatives. That way, they ensured that the DICE score for each of them was 10 or less, placing them securely in the Win Zone.

In the case of projects whose scores were in the Woe Zone, the team decided to delay their implementation and reallocated their resources to the higher priority initiatives.

This was not a one-time analysis; the council continued to conduct DICE assessments every quarter. As a result, the company was eventually able to execute most of the change projects on time and under budget.

Using the DICE tool over time changes the way companies manage transformation efforts. Indeed, it will help executives get better at the process, which will ensure that they no longer have to gamble with change. 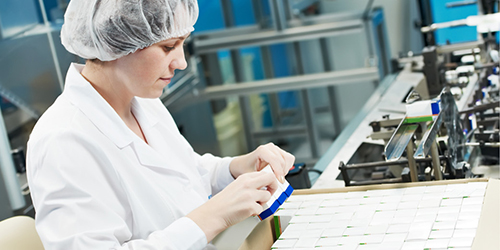 Shaping a Leading Culture in the Dynamically Emerging Future of Work