Economic activity in the U.S. is still disappointing. In recent years, GDP growth has been in the range of 2 - 2.5 percent. In the first quarter of 2014, GDP declined by one percent at an annual rate. This is partly due to the impact of the severe winter experienced in some parts of the country. Weak investment growth, both residential and non-residential, also partly explains the economy’s inability to grow faster. Private, non-residential business investment has significantly slowed down over the past two years and is growing at a rate of three percent.

The housing market has also slowed down significantly due to reasons beyond just weather-related issues. The 12-month growth rate in building permits through April 2014 (a month that was unlikely to be significantly impacted by weather), was just 1.8 percent. In comparison, from 2011 through mid-2013, building permits were growing at an annual rate of 30 - 40 percent. Both the rapid increase in home prices and the jump in interest rates a year ago are reducing home affordability, which is having a considerable impact on both the demand and supply of housing.

Moving forward, we expect GDP growth to accelerate a little in the second half of 2014 and into 2015. The overall decline in government spending as a result of austerity measures, one of the main headwinds in recent years, is likely to become more neutral and affect economic growth less significantly as we move forward. Additionally, the slight improvement in economic conditions in Europe will help as well. In the coming quarters, we expect the U.S. economy to grow in the range of 2.5 - 3 percent, which is still quite modest when compared to other periods of economic expansion. 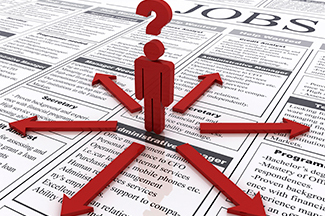 Employment growth remains remarkably steady. Over the last three years, the U.S. has experienced job growth rate in the range of 1.5 - 1.8 percent. During the past 36 - 48 months, job growth has been faster than any equivalent period of the previous expansion, despite experiencing much weaker growth in economic activity this time around. The need to rapidly expand the workforce despite weak increase in production was a result of the inability of employers to significantly raise labor productivity.

Solid employment growth, combined with the massive retirement of the baby boomers and the gradual decline in labor force participation for the working-age population, is continuing to lead to a rapid drop in the unemployment rate. In April, the unemployment rate dropped to 6.3 percent, down 3.7% since its peak in late 2009.

One way to measure the slack in the labor market is to assess the gap between the actual unemployment rate and the Natural Rate of Unemployment as defined by the Congressional Budget Office. The gap is currently only 0.8%, and while we are still quite far from being in a tight labor market environment, the labor market is rapidly tightening. We expect the U.S. unemployment rate to reach its natural rate (5.5 percent) by the end of 2015. The decline in the unemployment rate will continue well past its natural rate; over the next 15 years, as nearly all baby boomers will leave the job market, the working-age population expansion will slow to a crawl. During that time, even modest job growth should steadily tighten the labor supply and force wages higher. These developments carry significant implications for business and human capital professionals, in particular.

Layoffs and discharges, as measured by the Job Openings and Labor Turnover Survey, are now at the lowest rates since the beginning of the survey in 2000. At the same time, more people are voluntarily quitting their jobs, although the current quits rate is still well below pre-recession rates in most industries. As the unemployment rate continues to decline, the quits rate is likely to continue to rise.

Furthermore, it is becoming harder to find qualified workers. The National Federation of Independent Business asks two questions related to the ability to find qualified workers: One measures the percentage of firms with positions that they are unable to fill right now, and the other measures the percentage of businesses that report few or no qualified workers for job openings. Both of these measures have been increasing rapidly since 2010, and are now quite close to pre-recession levels, suggesting a tighter labor market than most other labor market indicators.

Despite these measures that suggest labor markets are getting tighter, compensation growth is still growing very slowly with few signs of significant acceleration. Wages and salaries are still growing by less than 2 percent annually, according to the Employment Cost Index, which is much slower than the average growth in recent decades. The weakness in wage growth is especially pronounced for state and local government workers. However, as the labor market continues to tighten, wage growth will have to accelerate.