How do you build an enduring business or enterprise when the world is changing so fast? For years now, I’ve heard leaders from various industries ask their leadership teams that very question. Many answer the question by focusing on products and services that are or will soon be needed. They’re vital. But making them the keystone for longevity is as elusive as relying on floppy discs, Blackberries, and neckties for future business success.

Ultimately, the most talented leaders I’ve worked with look beyond what they will produce or deliver over the next quarter or year. Instead, their vision begins with the organization’s overall mission and the values that will drive how team members work, treat one another, and serve their markets or consumers year after year. 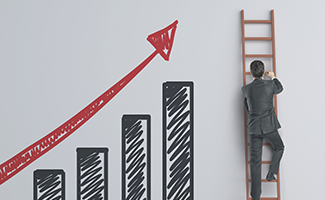 Determining a mission, a reason for being in business or delivering other services, will vary from enterprise to enterprise. Developing and implementing values, which last past the most sweeping trends of technology and globalization and beyond the next quarter, are more consistent practices.

Here are some action-based suggestions senior leaders can use to help launch, communicate, and sustain the process throughout their organizations:

1. How should values work?  Values are the glue that bind people together in terms of how they interact and work. Every organization has them; they are either purposefully developed or have evolved from unstated practices. When leaders talk about the importance of values, they mean values of their choosing.  Implemented purposefully and in a sustainable way, the right values will enhance quality and productivity, surface problems sooner rather than later, and build team, customer, and market trust.  And, they will enable individuals in various locations and jobs to take both small and large actions that reflect the organization’s common purpose without having to be told what to do when daily challenges arise.

2. Don’t believe that everyone will understand values because they seem obvious or are important to senior leaders.  Values are not transmitted telepathically or in just a few quick phrases. Rather, they’re brought to life through thousands of decisions and acts communicated by credible leaders and team members and are reinforced, tested, and reapplied over time.

3. Start with the top leader – Values, unlike beans, don’t grow up from the bottom. They have to start at the top of the stalk.

The first test of whether values will spread and stick is whether the CEO practices them. Making tough but wise choices is what demonstrates that leaders are serious about their organization’s guiding principles. When a CEO takes a loss because it’s the right decision, admits a mistake and acts to correct it, when she addresses her own team members about improper conduct, when she welcomes questions about her own decisions or her own actions – these are the ways she demonstrates that values, such as respect or openness to criticism or suggestions, are sincere and important.

One organization issued values speaking of respect and inclusion. But when the organization’s CEO took office, he had a private elevator built to take him to his floor every day. When he got off, he’d walk through the office without saying “hello” or even nodding to people he passed. In meetings he’d routinely berate his colleagues if they raised issues at odds with his views.  His routine conduct conflicted with his stated commitments to respect and inclusion.

When leaders announce principles but don’t personally follow them, they are, at best, setting disciplinary standards, not values-based principles. These narrowly interpreted compliance rules will be followed because penalties will result otherwise, not because they represent cultural principles. The latter stand a much better chance of being willingly applied.

4. Values must be supported by the whole C suite.  A CEO cannot implement values alone no matter how charismatic she is.  Her team won’t sincerely say the things that need to be said and resaid or take actions to prove they matter. Top leaders need to take special care that those around them are sincerely supporting organizational values. If they don’t, it will likely undermine teamwork. If values are really critical in terms of organizational direction and success, this is a form of strategic subversion. That’s a sharp term, but the impact can be severe and must be addressed sooner rather than later.

5. Words are not enough. Many current value statements include the words: “we put customers first;” “we work with integrity;” or, “we respect one another.” And that’s all they say. The problem is those words can have different meanings in different parts of an organization and even to individuals within the same teams. To build habitual practices, they need to be defined with a set of simple behaviors. As an example, respect can mean we listen; we welcome opinions and concerns, we avoid racial, sexual, and other like jokes and comments, and we don’t yell or insult our colleagues.

6.     Charts and emails don’t communicate what values mean. Many organizations spend years developing value statements, first battling over every phrase and word. Then they announce their final product in annual reports. They publish them on their websites. They design beautiful posters that are on plant and office walls. They give everyone coffee cups with the values all over them. And that’s about all they do, which is as effective as matchbook advertising. It’s person-to-person connections that make values last, not mass marketing awareness campaigns.

A single event delivered once a year and supported by emails and other similar communications won’t instill ongoing, routine actions in others.

7. Stories, memorable deeds, and legends prove points. People remember stories more than facts or phrases. A great starting point for talking about the meaning of values is to think of instances where they were applied in a way that will resonate now and into the future. These accounts should be communicated and passed on from workplace generation to generation and updated as new legendary acts arise.

I recently listened to a CEO speak about how critical integrity and customer service were to his company. He gave an example of how his team had resolved a serious issue at great cost to the organization because it was the right thing to do even though his company was not responsible for the error. I got his point and will remember it. Others did and will, too.

In another organization, a story is told about how an executive safeguarded an employee’s earnings, gaining her trust. His action served as an event that helped turn the organization from manufacturing to financial services. Though it happened more than 100 years ago, that story is still being told as an example of the institution’s commitment to building trusting, enduring relationships.

8. Keep the benefits in mind. It’s easy to look at numbers and data and to ignore the fact that results are based over time on how work is performed internally and externally. For that reason, values need to be lived, communicated, and protected by senior leaders as one of their key strategic responsibilities as stewards of their organization’s culture.