"I'll give it two weeks. If I don't sign my first retailer by then, I'll shut the company down and do something else." I had asked Sam to lay out his strategy for the new venture he had launched six months earlier. The plan made sense, except that he was trying to cram three months' worth of important groundwork into a near-impossible 14-day time frame.

"I want to earn as much money as I can in the next five years, then retire." I couldn't help but think that Carol was setting herself up for disappointment and sabotaging her own career with an unrealistic plan to scramble up the investment banking industry ladder.

"If the job doesn't deliver in the first month, I'll know it's time to start interviewing." John, a user-experience designer, spoke fast and looked on edge as he described his four-week career "vision" to me.

Meet Generation Impatient: the growing group of 20- and 30-somethings who are smart, ambitious, and all-too-eager to quit whatever it is they're doing right now to get promoted, acquired, or make more money somewhere else. Hating your job on day three? Leave and find something better. Beta launch didn't work out? Shut it down and move on. Although these individuals come in different forms — from buttoned-up investment bankers to scrappy entrepreneurs — one thing is consistent: They just won't wait. Taking great pride in failing fast and increasingly looking for ways to "hack" their success in the shortest possible time frame, this group tries to exchange predictable linear career growth for an exponential trajectory.

After meeting hundreds of these individuals, I attributed their seemingly schizophrenic behavior to three underlying factors. The first is the digital comparison trap. As our Facebook friends post status updates on their new jobs, promotions, and sports cars, we are left to recalibrate our own definition of success and, in the process, invite a profound sense of inadequacy into our lives. The way we usually respond? By participating in the social arms race: posting the top 1% of our accomplishments and conveniently discarding the rest. Second, information is now ubiquitous. If you're fed up with your job, you can download a resignation letter now, learn to code this afternoon, and read about how Bill Gates made billions before bedtime. Through the sea of free reports and tools now available online, supersonic career success now seems closer and more achievable than ever. Finally, years of uninterrupted economic growth leave millennials less financially paranoid than previous generations. Not surprisingly, our research in Passion & Purpose found that intellectual stimulation is now the most important factor when millennials are choosing where to work, far outweighing both money and prestige.

Where is the fine line between calculated job abandonment and downright career recklessness? Quitting early to avoid getting stuck in a rut is smart. But continually shortening your time horizons for career achievement and shirking hard work in the search for immediate silver bullets is a dangerous practice, and may actually limit your long-term outcomes.

If you're someone who constantly obsesses about becoming an overnight success, you're aiming at entirely the wrong target. Recent research describes the negative correlation between rapid adoption and eventual failure in everything from baby names to fashion, music, and social movements. A separate research paper (PDF) shows that musicians who reach the top of the sales charts quickly actually realize lower overall sales than those whose popularity grows more slowly. Best-selling books correlate net worth with fewer job movements. The upshot? If you climb too fast without solid groundwork, you might go into an unintended freefall.

In other words, there is little value in shooting for quick career wins at the expense of a potentially bigger achievement.

If capping your downside and increasing your odds of leaving a legacy weren't enough, being professionally patient will liberate your mind and allow you to enjoy your professional life more deeply. As famed neuroscientist Robert Sapolsky says, our sense of well-being is brought about by the pursuit of happiness, not the attainment of it. Countless psychological studies prove that the anticipation of an experience has a more profoundly positive effect on our lives than the experience itself. By rushing too fast to the next promotion, job change, or new business, you're shortchanging yourself on what's most enjoyable: the thrill of the chase.

As J.G. Holland once remarked, "That which grows fast, withers as rapidly. That which grows slow, endures." If you're striving to be this year's "insta-hit," stop. Instead, be a marathon runner in a world of sprinters. If you work hard on creating enduring value, not only will you hit much bigger milestones, you'll truly enjoy the time it takes to craft something meaningful.

Morning Advantage: The Job Interview You Don't Know You're Having
Breakthroughs in Inclusive Succession Planning 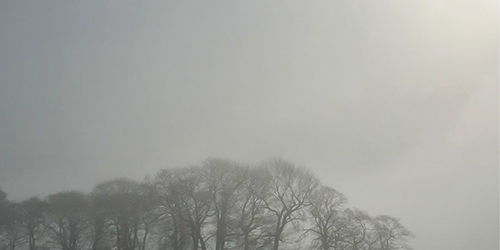 The Conference Board Leading Economic Index® (LEI) for the U.S. Increased in November