Tags
Full Listing
Podcasts
The Rise of the General Counsel
Want to Build Resilience? Kill the Complexity
Dear Boss: Your Employees Are More Stressed Out Than You Are

In a special New York Times section on business and law, Andrew Ross Sorkin opines: "As regulations change and the threat of litigation rises, the importance of lawyers has never been greater." He, and writers in the rest of the section, then go on to talk about the downward pressures on private law firms to sustain profits per partner and the burgeoning crisis in private practice, symbolized by the collapse of Dewey & LeBoeuf and the exodus of young associates.

But from a business person's point of view, Sorkin and other writers in the section don't even discuss one of the most important developments of the last 25 years: the rise in the role, status and importance of the general counsel and other inside lawyers employed directly by the corporation. The following two critical trends for major companies in the U.S. — and increasingly in Europe and Asia — are not mentioned:

1. The general counsel, not the senior partner in the law firm, is now often the go-to counselor for the CEO and the board on law, ethics, public policy, corporate citizenship, and country and geopolitical risk. The general counsel is now a core member of the top management team and offers advice not just on law and related matters but helps shape discussion and debate about business issues. Because "business in society" issues pose so much risk (and in some cases opportunity), the general counsel is viewed in many companies having the same stature as the Chief Financial Officer. Company legal departments are staffed not just by broad generalists but by outstanding specialists in all the areas covered by private firms, including litigation, tax, trade, mergers & acquisitions, labor and employment, intellectual property, environmental law.

From the company point of view, building up a first-class inside team has two striking benefits. Having experienced, expert inside lawyers inside is the best way of controlling outside legal costs. Morever, having broad-gauged, high-integrity, business-savvy lawyers around the coffee pot and around the conference table increases speed and productivity. These lawyers operate seamlessly in business teams, gaining credibility by helping more swiftly to achieve performance goals and by assisting business leaders promote high integrity down the line inside the corporation. The productivity of outstanding inside lawyers — their ability to lead, handle and join teams on many issues — can result in a smaller total legal spend (inside plus outside) for the company.

It is thus no surprise that the quality of general counsel has risen dramatically over the past two decades. In great global companies, the position is now occupied by former Attorney Generals and Deputy Attorney Generals of the United States, by former White House counsel, by former federal district and appellate court judges, by the heads of enforcement at critical regulatory agencies, by senior partners in law firms who would prefer to practice inside great corporations. And these general counsel in turn have recruited outstanding lawyers from private practice and government to head business divisions or be super-specialists for the company. Similar upgrading in inside talent is also occurring in large and medium-size companies.

2. There has thus been a related, dramatic shift in power from outside private firms to inside law departments. Inside lawyers have broken up monopolies that particular private firms had previously enjoyed with particular corporations. They have forced private firms to compete for business and, through a variety of techniques, from budgeting to negotiated fees (instead of the hourly rate), have been driving corporate costs down and forcing private firms to cut their own costs if they want to keep their margins (their profit per partner).

Inside lawyers — who have skills equal to their peers in outside firms — now manage major matters facing the corporation which are staffed by mixed inside/outside teams. Corporate law departments have tried to break up private firms' absurd billing for paralegals or routine work by outsourcing, either in the United States or overseas (in nations like India).

Inside lawyers, in short, have forged new leadership and cooperation with firms on matters and fostered new competition and control on money. The most important current trend in the relationship is that both corporations and law firms are trying to develop new strategic alliances. In these, financial incentives are aligned (i.e., where the law firm definition of productivity as more input — lawyers — for less output is replaced by the business definition of productivity as more output with less input). Inside teams emphasize value, quality and productivity, beyond controlling (or abolishing) sheer billable hours.

Obviously, private law firms have terrific lawyers who provide great service to business. And obviously the two trends described above are not uniform or universal. But there is a crisis in private firms, at the same time that there has been increasing growth, prestige and pay for general counsel and other inside lawyers. (For a more extended treatment of the views, go here.) No report on the the "uncertain times" facing "big law" should ignore the rise of inside counsel. Boards, CEOs and other business leaders have increasingly recognized that hiring outstanding general counsel and other inside lawyers is vital to the twin goals of the global corporation: high performance with high integrity.

Want to Build Resilience? Kill the Complexity
Dear Boss: Your Employees Are More Stressed Out Than You Are 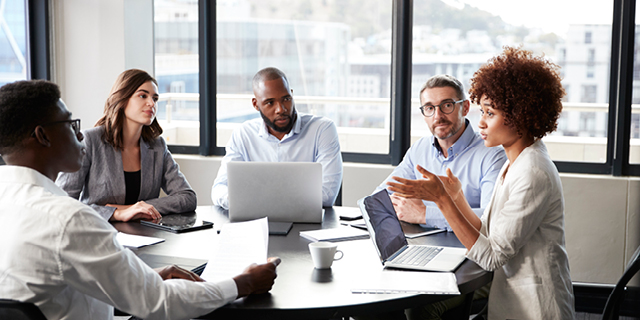 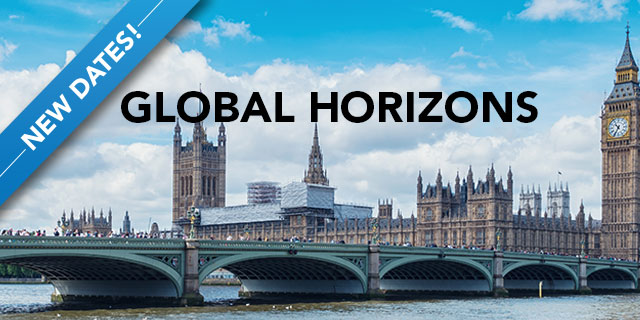 Leading Teams Through a Crisis

The Conference Board Leading Economic Index® (LEI) for the U.S. Plummets in March