The leaves haven’t yet turned and Georgia mornings start warm without a chill. Yet, I know it’s fall. I’m re-checking online blogs, and getting a flood of emails and texts. My Facebook pages are jammed with polls and predictions. There are cable shows with highlights, commentators, and other human interest stories I have to watch.

Yes, college football season is here! Yet, the famous rivalries between Alabama and Auburn, Harvard and Yale, and Michigan and Ohio State pale in comparison to the nationwide battles between Republicans and Democrats. For many, football season mania is being replaced by election year obsession.

Conventional workplace wisdom says keep politics out of the workplace — it’s too divisive, breeds bad feelings, and limits productivity. There are two problems with this counsel. First, our times are not conventional. Our workplaces are riddled with uncertainty, change, rumors, and harsh realities. Who wins and who governs feels more important than ever.

Second, this advice has never been widely followed. New communication tools and multiple economic and workplace challenges mean that this rule is even less likely to be heeded now.

Let’s change conventional wisdom. It’s time to recognize that talking about politics can build workplace relationships and mutual understandings. Surely, we can all agree we need more of both. But there are some rules that help make those conversations productive rather than divisive.  I’ve learned these lessons over the past four decades.

In 1972, I started law school at the University of Pittsburgh. Within the first week of classes, I met a man named Warren who lived a few blocks away from me and had also grown up in the city. During our freshman year, we took all the same classes, walked or rode to school together, and started a weekly study group. We socialized and played squash together every chance we could.

Within just a conversation or two, we knew we viewed the political world from polar opposite perspectives, and have ever since. Over time, we have developed our own ritual. Every election season, we debate our different candidates’ positions, and we argue. We challenge each other’s views, and we ask for explanations. At times, we’re curious, at other times, plainly skeptical. Since 1972, neither one of us has changed our core positions.

Here’s what has happened, though. Our friendship has grown, in part, because of our ability to listen to each other. So has the breadth of our mutual world views. I know that Warren has great integrity and cares about the same issues I do. I respect his judgment, though I disagree with his prescriptions. I’m pretty certain he sees me in the same way.

By talking to the Loyal Opposition, I have begun to understand a different point of view, find topics where I agree, challenge my own assumptions, and discover areas of compromise. I have thought about why this has worked for us. Apart from our mutual respect (a critical ingredient for these conversations), we’ve observed some rules of engagement to make sure these conversations remain civil. These rules, tested during the past 40 years, may serve to help, rather than damage, communication and relationships.

My friendship with Warren has grown richer over the years because we can discuss our points of view, respect one another, and learn from each other. The lessons we have gathered from our political conversations can also serve as a model for dealing with other important topics in our challenging and turbulent times.

Love, Trust, and Candor: Today's Management Priorities
Morning Advantage: Employees Want Freedom, But Not Too Much 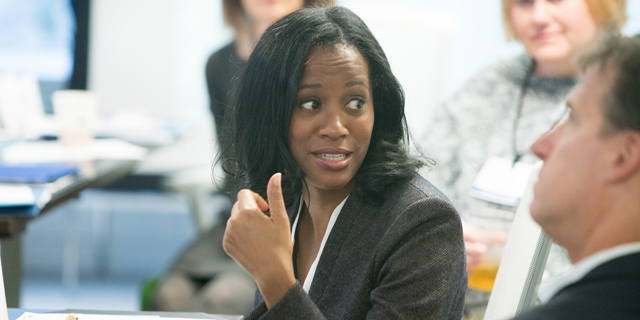