Tags
Full Listing
Podcasts
Vive la France: a government system to save jobs by temporarily furloughing workers
If staying home comes to stay: the rise of telework and the decline of city centers
The first wave of COVID-19's impact on hiring

The difference owes to a European recipe to combat short-term unemployment shocks. This recipe has a different name in each European country: Chômage partiel in France, Kurzarbeit in Germany, Cassa Integrazione in Italy. Details of access and contributions vary, but in a nutshell, workers in most European countries can be furloughed without losing their jobs. A percentage of salary, often in the range of 60-80 percent (capped at a certain amount) is paid by ministries of labour or state agencies. The system is also interesting for its flexibility. For example, workers can be furloughed for, say, 3 days per week and work the other two days. As demand for goods and services changes, the split between work and unemployment can be adjusted.

Chômage partiel in France is a win-win system for workers and employers. It allows companies to return to work rapidly as restrictions are lifted, becoming productive quickly as workers need no retraining to start and there is no unnecessary loss of human capital. For workers, it ensures job and income security, not to mention the possibility of avoiding a traumatic personal experience. Moreover, the government announced that it will subsidize training for furloughed workers. These elements combine to make recovery from the COVID-19 shock faster than a situation where workers need to look for jobs and companies for workers. The system also helps to stabilize consumer spending, as workers see less of a hit on their household budgets. The government estimates that the current cost of the scheme is 24 billion euros, or approximately 1 percent of GDP.

Chômage partiel is used widely, according to statistics published weekly by the French Ministry of Labour. By April 14, there were 8.7 million workers in France on chômage partiel, with just over 900,000 thousand companies requesting it (see chart 1).[1] 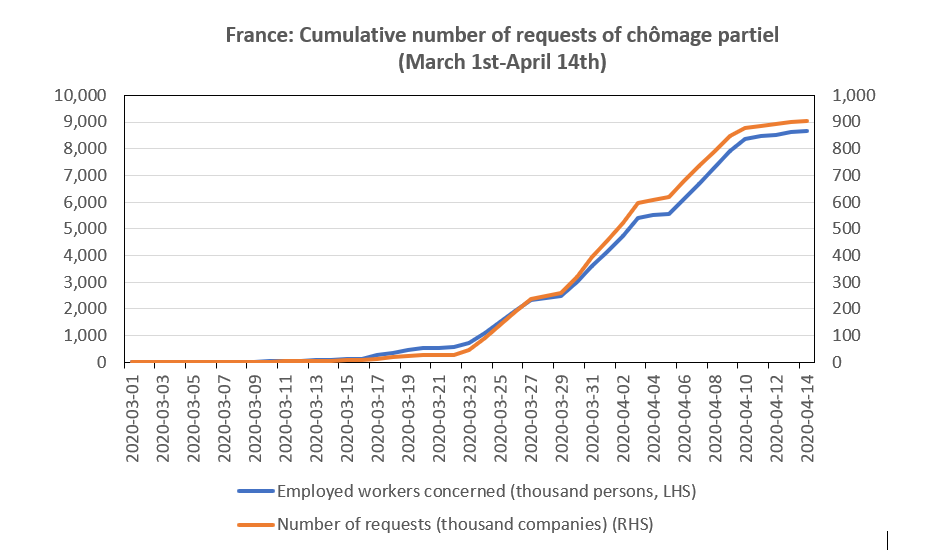 Source: French Ministry of Labour, The Conference Board

Which sectors are most affected? Intuition would say: hospitality, bars and restaurants, cinemas, and theatres, given the nature of pandemic restrictions. According to the French figures, “accommodation and food service activities” count just over 900,000 workers in chômage partiel, which is a staggering 70 percent of the industry total. By “total” we consider employment in the same category over 2019. Similarly, about 35 percent of workers in the category “arts, entertainment, and recreation activities” are now in chômage partiel (200,000 workers). Four sectors each count more than one million temporarily furloughed employees: retail trade, manufacturing, administrative and support service activities, and construction top the list.

Source: French Ministry of Labour, The Conference Board

Last but not least, what does 8.7 million workers in chômage partiel mean for the French economy? They account for as many as 30 percent of total employment (based on the average over 2019). At the end of 2019 there were 2.5 million unemployed workers and 29.4 million people in the labour force, registering an unemployment rate of 8.4 percent. If companies laid off those workers instead of temporarily furloughing them via the government scheme, there would be by now 11.1 million unemployed workers in France, and an unemployment rate close to 38 percent (assuming the active population stays the same). This, however, is an extreme (and unrealistic) scenario. Many workers are not fully on chômage partiel as most will continue to work for some hours every week. Assuming therefore that only half of them would lose their entire job, the current unemployment rate would be 23 percent.

Will short-term unemployment schemes cushion the economic shock in Europe? Research by the European Central Bank on the Global Financial Crisis of 2008 supports this view, showing that the US economy has a much larger employment-to-GDP elasticity compared to the Euro Area. “Peak to trough, US GDP contracted by 4.2% over the Great Recession, while employment declined by 6.2% – yielding an “elasticity” of employment to GDP losses of around 1.45. [….] Euro area GDP fell by some 5.7%, while employment initially declined by 2.7% (peak-to-local trough, reached in the first quarter of 2010), yielding a ratio of around 0.47.” A good share of the economic shock deriving from the Global Financial Crisis showed in a contraction in hours worked more than in jobs. Data that appear in the news for European countries suggest that this is happening again during the current crisis.

If staying home comes to stay: the rise of telework and the decline of city centers
The first wave of COVID-19's impact on hiring 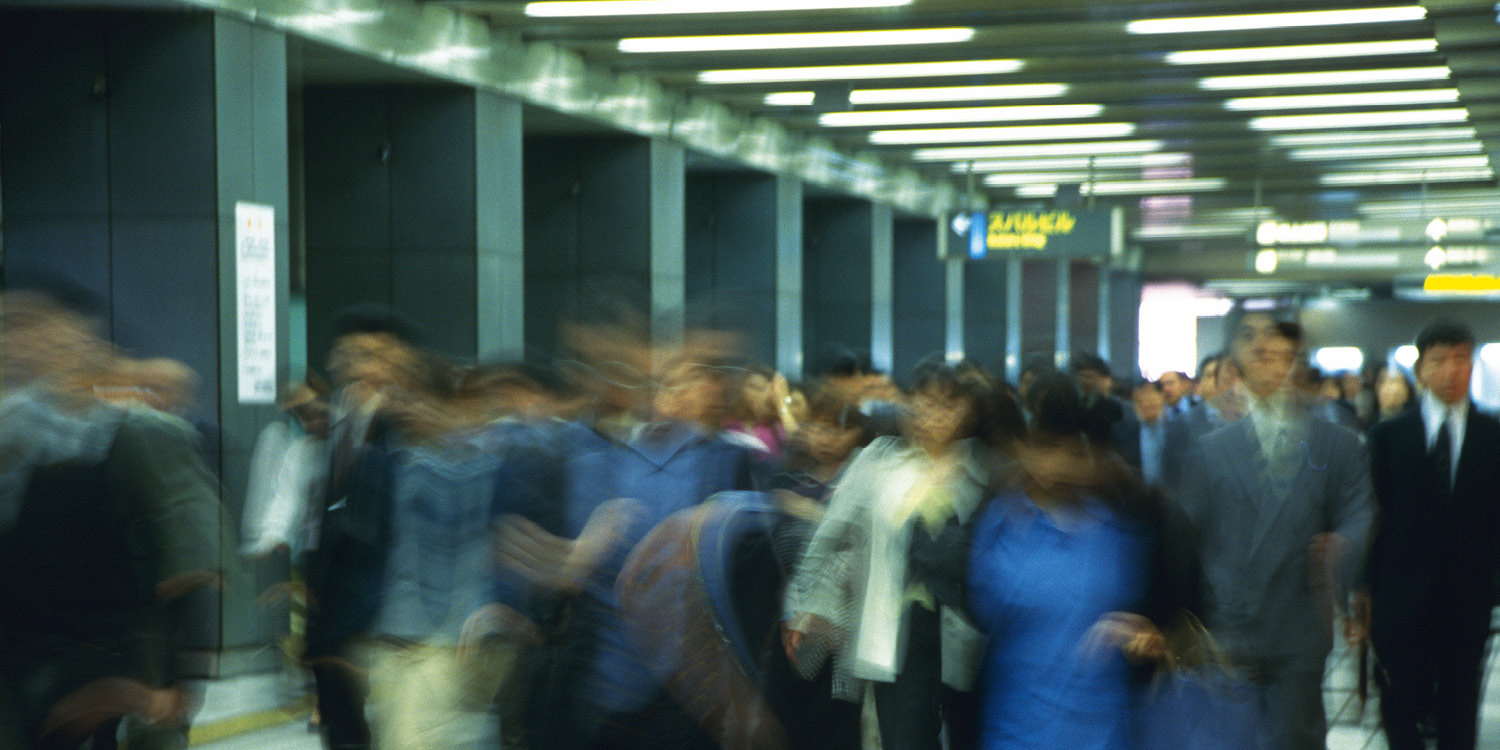 COVID-19 and the US Labor Market: Emerging Impacts and Implications

The Conference Board Leading Economic Index® (LEI) for the U.S. Plummets in March

The Conference Board Leading Economic Index® (LEI) for the U.S. Increased Slightly in February