Tags
Full Listing
Podcasts
Is the Goldilocks economy over?
Contrary to the Hype—Real Trends in Nontraditional Work
The Unemployment Rate Does Not Fully Capture Labor Market Slack

Over the past two years, the US economy has grown at a strong rate without experiencing accelerating inflation; a perfect example of a Goldilocks economy. Can it continue?

As the US labor market tightened in recent years, some economists (including myself) have been expecting a rise in inflation to follow. But so far, inflation has been well contained. So far!

In this blog I discuss why inflation has not accelerated much just yet, and why inflationary pressures will rise in the coming year.  We expect that the US economy will slow down in 2019, yet that inflation will move up. The end of the Goldilocks economy will force the Fed to make a difficult decision: significantly slow the economy down or accept an inflation rate that is clearly above its 2 percent target.

Why has inflation been slow to accelerate?

Those who expected inflation to accelerate had the following story in mind:

Thus far, the main reason for the lack of acceleration in inflation has been the unexpectedly long time it’s taken the tight labor market to accelerate wages and labor costs. While wages have been continuously growing for several years, they’ve been doing so at a surprisingly modest pace. However, in recent quarters, that pace seems to have accelerated.

The remaining questions are whether faster wage growth will feed faster inflation, and what would be the impact of other determinants of inflation.

Rumors that the Philips Curve (low unemployment rate = faster inflation) is dead have been greatly exaggerated.

However, when plotting both inflation and wage growth measures, it is easy to see why some have concluded that the link between the two measures has broken in recent decades. In the past 25 years, core inflation has not surpassed 2.5 percent. In particular, during the 1997-2001 period, the US experienced its tightest labor market since the 1960’s, but the rapid acceleration in wage growth barely made a dent to inflation. This could lead some to conclude that the link between wage growth and inflation has broken. 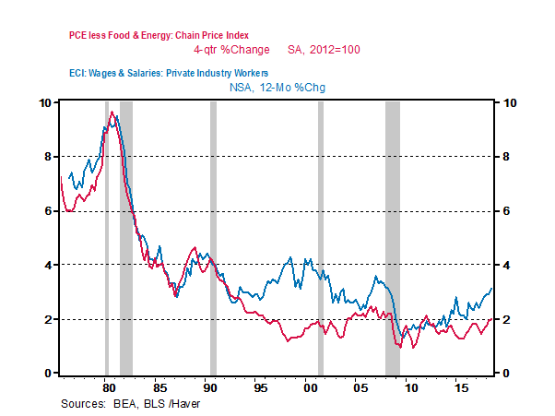 Why didn’t inflation react more visibly to the acceleration in wages in the 1997-2001 period?

Starting in the mid 1990’s, the US economy experienced a massive expansion of aggregate supply from surges in technology, labor productivity, offshoring, and imports from developing countries. The expansion in aggregate supply lowered prices, especially of goods.

In addition, commodity prices significantly declined during 1995-2001. According to the Commodity Research Bureau Spot Index, commodity prices declined by 26 percent during this six-year period, the largest decline of any other six-year period since the measure was created in 1951. Inflation in producer prices during these years was weak as well, not putting any pressure on consumer prices.

These developments were strong enough to lower inflation and offset the impact of accelerated wage growth on inflation. In conclusion, I don’t view the recent weak relationship between labor market tightness and inflation as evidence that the Philips Curve is broken. Rather, technology, globalization and weak commodity prices masked the curve.

In the coming year or two, will such factors offset the inflation pressures coming from faster labor cost growth? Probably not. Factors that expanded aggregate supply seem to have subsided.  Productivity growth has been very weak, and import penetration and offshoring significantly slowed down. A tighter US labor market may somewhat revive productivity and offshoring, but probably not enough to offset the upward pressure of a tight labor market on inflation.

Will inflation accelerate in the coming year?

In addition to rising wages, there are also signs that in recent quarters producer prices are accelerating, which should put some upward pressure on consumer prices. 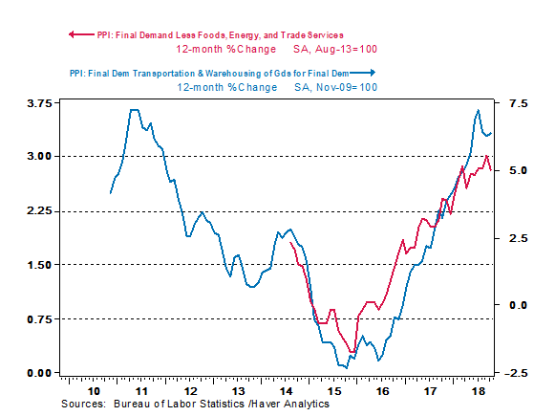 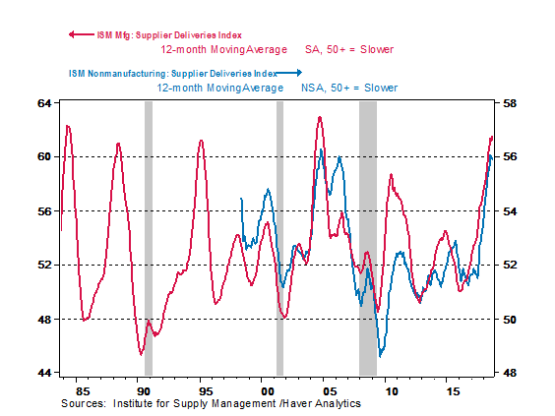 Could other factors keep inflation down? Maybe. There is evidence that the credibility the Fed has developed in keeping inflation low has anchored inflation expectations and lowered the likelihood of actual inflation going above the Fed’s target. The emergence of online shopping may have been impacting inflation rates as well. But in sum I believe that the Phillips Curve may have shifted but is not broken. A tighter labor market and faster wage growth should lead to higher inflation. The US inflation rate is already at two percent, the Fed’s target, and most evidence suggests that future trajectory is up.

Aware of the inflationary threat, the Fed has been raising rates, and communicated further hikes in the future, with visible impact on the US economy. The slowdown in the US housing market and the weak performance of the stock market in recent months are at least partly a result of expectations of further Fed tightening and higher long-term interest rates. In addition, the strengthening of the Dollar, also partly a result of higher US interest rates, will likely lead to a larger US trade deficit.

Further rate hikes will continue to slowdown the economy, that is what they are meant to achieve. But throughout 2019 we still expect economic growth in the US to remain above two percent. In this unprecedented time, when there is almost no growth in the working-age population, even a two percent GDP growth rate is likely to tighten the labor market. That means a faster wage growth and more inflationary pressures. The likelihood for above two percent inflation rate is higher in 2019 than at any other time in the past 25 years.

The Fed will face a difficult dilemma: live with an above target inflation rate or further lower the US economic growth rate and risk a recession. With the likely end of the Goldilocks economy, there is probably no third option. 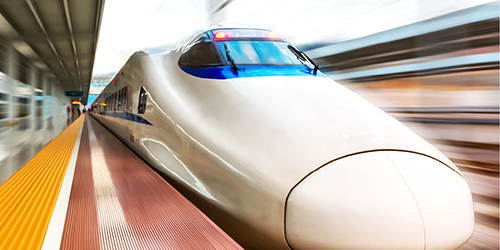 US Elections – What Now?