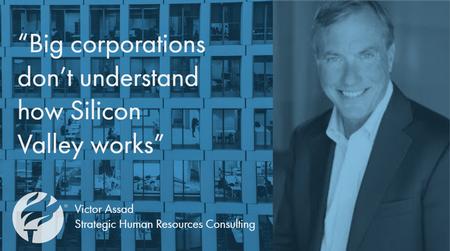 Many business leaders don’t get Silicon Valley. They know the reputation, the high-tech giants, the casual dress, the innovation that fails and succeeds in SV and the unicorns. But the common theme among the SV innovation labs, venture capitalists, and start-ups at The Conference Board’s 6th Annual Innovation Master Class hosted at the storied Xerox PARC innovation lab last week was simple. It is that big corporations don’t understand how Silicon Valley works.

Despite not understanding how Silicon Valley works, hundreds of corporations have started Silicon Valley innovation labs because they know that digitization is rapidly changing everything, and their corporate cultures are too siloed, insular, slow to accept, slow to use, and slow to commercialize the innovation they desperately need to survive. Once they have set up a lab or joined an incubator in Silicon Valley, the issues back at the home office are how to overcome inbred risk tolerance, stagnation, and cultural resistance.

In short, the choice is to risk failing with innovation or fail for sure without it. At Ford’s Palo Alto Research and Innovation Center the main question is how does a Dearborn car culture steeped in tradition and mechanical engineering embrace a vehicle that can not only drive itself without a combustion engine, but also record and digitally communicate its own history, continually have its intelligence improved, and won’t roar when you step on the peddle? In addition to traditional car competitors, the traditional auto industry is facing disruption from profitable Tesla, whose electric cars not only partially self-drive but are also already connected to the internet. And if that isn’t disturbing enough, Silicon Valley’s giga-giants: Google, Apple, Uber, and Intel also want to lead the self-driving car market.  It is a story of atoms colliding with gigabytes that will reshape a long-standing.

Many corporate relocatees to Silicon Valley innovation labs are coached by their hosts to network for the first six months, face-to-face, and to build relationships with the strangers, whose expertise they will need. Moreover, in the process they can learn potential solutions to their companies’ staggering issues. How, for example, can technology improve the efficiency of the oil and gas industry operations when the Cloud and the Internet of Things (IoT)is not available in remote parts of the world? How can it establish Blockchain networks? How can it deliver computing power to Smartphones because, without it, 5G won’t work?

The advice that Venture Capitalists have for large corporations is to set expectations and commit resources to solve their gaps. Big companies have a lot to offer startups such as access to capital, global manufacturing, distribution, sales and marketing capability, and expertise to improve core competencies. However, big companies are also urged to give straight feedback to startups to assure success. “It is kinder to be honest than politically correct,” said Jennifer Vancini, a Partner at Mighty Capital. Innovators need the speed that comes with honesty.

The Venture Capitalists in Silicon Valley will also tell you that other innovation centers around the country miss the magic. One stated that he had his own startup in New York but decided to move it to SV because everything in New York was 3% harder across the board. “Why?” I asked. “It is all very practical reasons,” he responded and gave an example of how he could hire engineers from the NY finance industry, but he had to train to them on how work in a start-up, software environment. Across the board, things move faster in Silicon Valley.

My friends in New York dispute that argument and tell you they prefer NY’s cultural amenities. High-tech centers are rapidly growing in Austin, Houston, Raleigh, Chicago, and Pittsburgh and have been long established in Boston. They have significantly lower housing costs. and their proponents believe they are more accessible because they are less monolithic and allow natives to live close to family and friends. They also point to Silicon Valley’s issues with ethics, ageism, and diversity. Emerging high-tech centers like Salt Lake City and Phoenix offer proximity to Silicon Valley and have substantially lower costs and taxes.

Despite its faults, Silicon Valley is the crown jewel.

Peter Coffee, VP for Strategic Research for Salesforce, kicked off the event by pointing out that Blockchain is not a technology for 2027 as some have said. Salesforce and American Express are using it now. Digital technology will not eliminate as many jobs as some fear. Peter pointed out the fallacy in the argument that ATMs would eliminate bank tellers. Instead,  their numbers have grown, as they have proven to be to indispensable in providing other bank services. Many companies fail with their strategies, he observed, because the strategy isn’t really a strategy. All strategies need a plan, goals, and measures. Peter encouraged everyone to read Frank Vermeulen and Niro Sivanthan’s Harvard Business Review Dec 2017 article Stop Doubling Down on Your Failing Strategy.

John Seely Brown, a legend at Xerox PARC in the ’90s and 2000s, author, recipient of nine honorary degrees, professor at USC, and an Amazon Board Member provided several insights in a dialogue with  Dan Simpson, a faculty member at Berkeley’s Hass School of Business and former VP of Strategy at The Clorox Company.  John quoted Xerox PARC founder, Dr. George E. Pake, “Build what you need and use what you build.” John encouraged innovators to build social capital and described how he put long tables in PARC’s cafeteria to make sure no one would eat alone and promote collaboration.

He praised Amazon’s innovation at blinding speed and its culture of no passive aggression. When an innovation fails at Amazon, the company asks the innovation team, “How did Amazon fail you?” The cause of the failure, he said, is usually legacy thinking. John believes we are moving from the digital age to the networking age. Leaders in the networking age need to be like a kayaker in whitewater, continually scanning the currents and looking for what is under the water to create obstacles.

Shannon Mahon of Google presented the findings of Google’s People Analytics team on what makes teams work. Contrary to common perceptions, it is not co-location or the number of star performers. The number one factor is psychological safety, or trust, followed by the dependability of team members and the structure and clarity on the team. However, an unusual relationship exists between dependability and structure. If there is high dependability, high structure gets in the way of team success. If there is low trust on a team, begin improving the team by putting in structure and clarity. Don’t start with “trust falls,” Shannon said. You can learn more about Project Aristotle, Google’s empirical study on the factors that makes teams effective, at Google’s re:work site.

Alex Goryachev, Senior Director of Innovation Strategy and programs at Cisco provided keen insight on how companies build an enterprise-wide culture of impact and innovation. “Innovation,” he said, “is all about execution.” And to be effective at execution a company’s innovation needs to be centered around its talent and culture. Innovation needs to be a common factor in every employee’s day. Communications are critical. I recommend Joan Greco’s interview with Alex and his article “Communication: The Driving Force Behind Innovation” to learn more of Alex’s insights.

John Metselaar, The IMC’ Emcee and Director of the Innovation Council at The Conference Board Europe and Professor of Management Practice, Solvay Brussels School, hosted a panel on inclusion and innovation. Inclusion isn’t just a value. The panel (Jonathan Alloy, Phyllis James, and Kira Makagon) discussed how inclusion, making everyone feel that his or her presence and contributions are welcomed and valued, and diversity of thought drives innovation and delivers results.Inclusion powers an innovation ecosystem.

Maureen Rinkunas, an Innovation Systems Designer at DowDuPont’s Specialty Products Division and formerly worked at Dreamit Ventures discussed how to think like a startup and the pitfalls of startups. Maureen observed that large companies need to learn from startups not to be so nice. Honesty is necessary for disruptive innovation and speed. She also observes that large companies have been disrupted in the past more by new business models than technology. Maureen recommended all start-ups create business model and value proposition canvases and to watch Guy Kawasaki’s The Only 10 Slides You Need in a Pitch.

She highlighted the four reasons that startups fail:

You can read more about Maureen’s valuable lessons with large companies and start-ups in her interview with TCB’s Program Director, Joan Greco.  In the interview, Maureen observes that often large companies hire innovation talent in innovation labs or placed on teams that exist outside of the traditional structures of the organization. While this can free up agile teams from the large company’s traditional bureaucracy, it prevents the larger organizational culture from learning from the startup mindset.

Chantrelle Nielsen, Senior Director R&D at Microsoft works in the rapidly expanding field of people analytics and uses the Microsoft Office dataset to empirically study team interactions and culture and solve business problems.  She co-presented with TCB economist Ataman Ozyildirim who provided an update on TCB’s Six Signposts of Innovation and its emerging list of measures for innovation. Ataman and I are co-authors of the Global State of Innovation Report 2017, and are planning the 2019 Global State of Innovation Survey.

Chantrelle works with academics to uncover significant correlations for innovation such as ideation, influence, efficiency, and whether an organization is siloed, and the importance of ratios such as external vs. internal communications among individuals and teams. She is looking for new sources of data. Chantrelle uses TCB’s Six Signposts of Innovation as a model in her research. Chantrelle shared several current findings and recommended reading the Dec. 2018 HBR article Better People Analytics by Paul Leonardi and Noshir Contractor.

My compliments to Joan Greco at TCB and her staff for organizing an excellent conference with so many dynamic and insightful speakers and to John Metselaar, for his crisp emceeing of the Master Class and keeping it on time.

What has been your experience in Silicon Valley or other innovation hubs? If you attended TCB’s 6th Annual Innovation Master Class at Xerox PARC what were your highlights? Join the discussion…

Victor Assad is the CEO of Victor Assad Strategic Human Resources Consulting and is a Managing Partner of InnovationOne with C. Brooke Dobni, Ph.D. and Ed Colby. He consults and provides “hands-on” support to nurture cultures of innovation, using digital technology to improve recruiting and retention, developing agile leaders and teams, and other strategic initiatives. Visit  www.innovationone.io or http://www.victorhrconsultant.com  to learn more. 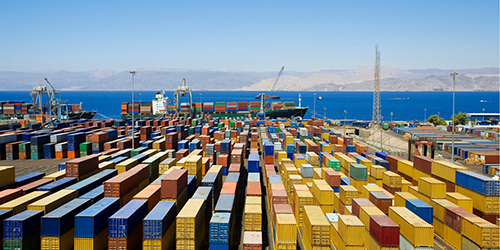