Since the turn of the millennium, mental health has transformed from a negligible issue to a significant human capital concern. We intend to devote three blogs over the coming quarter to discussing why this is the case, what priorities employing organisations should address in their mental health policies and what good practice has emerged.

Mental health is an increasing corporate issue because it is also an increasing societal one. With World Health Organisation statistics suggesting that anything between one in four and one in three people worldwide suffer from mental health problems entailing medical intervention, organisations are beginning to realise that this significant minority includes many of their own employees that are being earmarked and groomed for promotion to senior positions.

There is an increasing expectation among employees that organization take a lead in responding to important societal issues. A new report by The Conference Board into how companies respond to social change issues, revealed that 74 per cent of the 511 respondents believe it is very important or important that their organization should be involved in social change issues. Employees of all generations expect their organizations to take a stand on the issues that affect employees, customers and the local communities in which they operate. Leaders who were interviewed for the report believed that large organizations and brands have the ability and responsibility to create change that cannot be achieved by individuals alone.

The compelling evidence of the societal cost of mental illness is ensuring that this issue is moving swiftly up the corporate agenda as organization recognise that mental health issues affect their own employees and can exact a steep cost in terms of performance, creativity and innovation.

This is true particularly of millennials.  Millennials are experiencing higher levels of anxiety, depression and thoughts of suicide then generations past. Many reasons have been offered but a new report by British researchers published in the journal Psychological Bulletin suggests that this generation (aged 18-35) carries much higher levels of perfectionism – and that these elevated expectations may be to blame.

Poor mental health, and the failure of organisations to address it, impacts directly on a number of important human capital priorities. The first is performance. Knowledge working is particularly susceptible to stress and anxiety, with reduced concentration and low self-esteem both affecting cognitive-based productivity.

Research conducted by one of the authors of this blog for The Roffey Park Institute, which contributed to a book published by The Economist Successful Innovation: How to Encourage and Shape Profitable Ideas also found that depression, anxiety and stress are very common creativity killers, with personal support provided by colleagues or team members who act a ‘sounding boards’ in ideas creation being very important sources of recovery.

Unhelpful assumptions about the capabilities of people with poor mental health – specifically that they will not be able to develop their potential because ‘they cannot cope with the stress’ - impacts directly on the culture necessary to foster diversity. Significantly the same sort of stigma also results in the unintended marginalisation of talent. At a time of unprecedented shortages of skills and talent in knowledge-based economies, organizations can ill-afford to allow some of their most gifted individuals to be side-lined by uninformed assumptions or bias about poor mental health.

One of the most significant steps companies can take is to establish the principle that atypical or inappropriate behaviour due to mental health problems should be treated as health issue rather than a disciplinary one, with comprehensive occupational health support.

Through this realignment, the focus shifts towards work capacity rather than incapacity. Resources are invested in helping employees with mental health problems adjust to the constraints imposed by the condition. An important intervention is to make reasonable adjustments to the individual’s working conditions. This could include flexible working time requirements, access to private working space and temporary or permanent performance targets. These adjustments can make a vital difference particularly in the weeks or months immediately following an episode of the illness, when the individual is in a process of recovery. In this way, the skills and creativity of an individual is not lost or dismissed but is rather nurtured and sustained The principle of reasonable adjustment is underpinned by law in the UK - which is somewhat of a leader of good practice in this field – and, again, we will explore this in more detail in our second blog.

Organisations such as Centrica and some UK based banks have begun including well-being questions within their regular manager and employee coaching conversations to ensure that potential mental health and work-based stress is spotted and addressed early on – a priority we will explore in more depth in later blogs. However, a  survey undertaken recently by the specialist professional recruitment consultancy Robert Walters (published in a report The Importance of Mental Health in Attracting Top Talent) suggests that much more needs to be done. The surveyfound that while 72 per cent of the professionals they surveyed believe that attitudes towards mental health have changed for the better, only half of the organisations they surveyed have in place mental health policies that cover such interventions.

Moreover, the authors’ own experience in working in this field suggests that the policies that do exist are often extensions of an existing well-being policies that focus on fostering good mental health across the whole workforce, through stress free working and working hours that encourage work-life balance, rather than seeking to respond to the needs of those workers that have a pre-disposition to episodic mental illness.

The current reality is that many organisations have moved ahead with well-being programs but are much more hesitant about developing their response to serious mental health issues. Ignoring this issue is no longer a viable option in a world of talent shortages and will only result in a waste or dismissal of the valuable talent provided by potentially up to a third of possible candidates for promotion and professional development. By engaging with this issue and believing they can make a positive change, organizations can help reduce the considerable human capital costs caused by unnecessary time off brought about by long term sickness leave.

Our second blog will identify the policies and processes that can help employees with a disposition to episodic mental illness encompass continue to continue to give their best in the workplace,  and how these can be launched and sustained as part of an organization’s inclusion and talent development strategy. 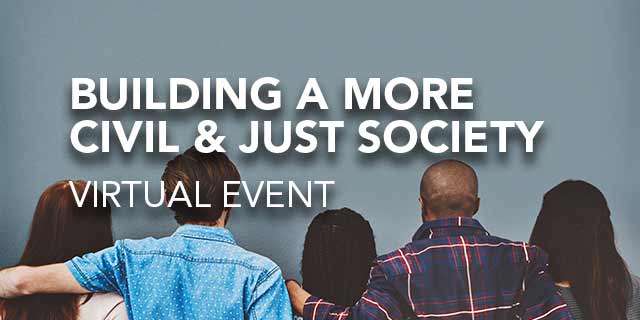