Improving gender balance on boards has been controversial. Advocates note the importance of boards recruiting the most qualified individual – many of whom are women. They are also concerned that qualified women not be excluded from senior positions, including corporate boards. Detractors question whether there is a business case for actively promoting women on boards. Lacking clear evidence it will improve governance or profitability, they are reluctant to assign any priority to gender balance in the boardroom. Others believe that gender diversity should not be promoted over other types of diversity. Legislated quotas are more controversial still. Many in the corporate sector do not believe that government should be dictating board composition. That is not to say that objectors do not value diversity of thought in the boardroom. Instead, many see gender balance as a social priority that should not be imposed on corporate boards.

Gender diversity on boards continues to attract the attention of legislators and regulators because women continue to be underrepresented on many boards. SB 826 cited a number of studies on the gender balance on the boards of California based public companies. A 2017 study prepared by Board Governance Research LLC, conducted by University of San Diego professor Annalisa Barrett looked at the board composition of the 446 public companies included in the Russell 3000 that were headquartered in California: 15.5 percent of the total board seats of those companies were held by women, 12 percent had three or more directors on their boards; but more than 25 percent had no women. SB 826 also cites a 2017 national study by 2020 Women on Boards reporting that nearly one-half of the 75 largest IPOs in 2014 to 2016 did not have one female director on the board, including many corporations based in California in the technology sector.

Legislated quotas are of course not the only way to promote gender diversity on public company boards. Some jurisdictions have adopted a “comply or explain” regime, requiring public companies to disclose how they promote gender diversity at both the board and senior management level. The U.K. and Canada have such requirements. Nor are legislators the only stakeholders with an interest in promoting gender diversity on public company boards. Several large institutional investors – including BlackRock, State Street Global Advisors, and Vanguard – are using their voting power to effect change in board composition practices, including not supporting directors on boards that lack a clear commitment to increase gender diversity. Beginning in 2019, proxy advisor Glass Lewis will recommend that shareholders vote against the nominating committee chair of boards that have no female members. Shifting public opinion and the emergence of the #MeToo movement has raised the issue of culture and 'tone at the top', including the promotion of gender and diversity within the company, as a board priority in overseeing risks.

Whether boards are already addressing gender diversity or whether they are ultimately forced to do so through legislated quotas (such as those being introduced in California) or through shareholder pressure, they may need to address a number of practical barriers to boardroom change. The first is low board turnover. If there is no natural turnover on a board (incumbent directors retiring, for example) there may be few if any opportunities for new directors (male or female) to join the board. Boards may need to create vacancies, whether by enlarging the board or asking incumbent male directors to step off. Boards will also need to expand their knowledge of female candidates with a skill set appropriate. Some boards may never have considered female candidates to fill vacancies that did arise. Others may have had female candidates on their long list – or even their short list – but have selected a male candidate who they felt would be a better fit. Improving gender balance may require directors to review the way in which their director specifications are framed and to reach beyond their existing networks. Boards will also need to include gender balance as one of the factors they consider in board succession planning.

Business groups, including the California Chamber of Commerce, are likely to challenge the constitutionality of SB 826. They argue that it violates the United States Constitution's commerce clause because it purports to apply to corporations headquartered in California that are incorporated outside of California.[2] Under corporate law, the corporation's internal affairs are governed by the corporation's state of incorporation, and not by the corporate statute of the state where it has its principal office and conducts most of its business. Governor Brown acknowledged the opposition and potential challenges to the new requirements, saying “There have been numerous objections to this bill, and serious legal concerns have been raised. I don’t minimize the potential flaws that indeed may prove fatal to its ultimate implementation. Nevertheless, recent events in Washington, D.C. — and beyond — make it crystal clear that many are not getting the message.”

Even if SB 826 is successfully challenged, the fact of it having been enacted by the State of California sends a strong signal. The push by legislators, regulators, and shareholders for greater diversity in boardrooms is unlikely to abate. It is an important consideration for boards and in particular their nominating committees to incorporate in their board composition deliberations.

On Governance: Dear Washington: How can we miss you if you don’t go away?
On Governance: New California Law – Don’t Fear the Gender Quota 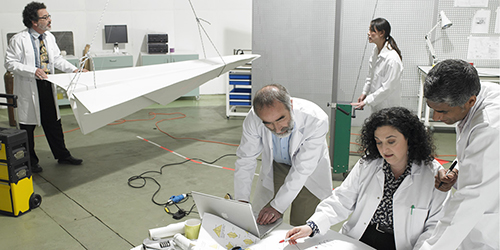