Blockchain technology has been touted as a panacea for almost every business, operational and economic issue under the sun.  While many have become familiar with the word “blockchain” -- in no small measure due to the global interest in the price volatility of bitcoin –- the technology underpinning the cryptocurrency and its applications remain an enigma for much of the general population.

A blockchain is a decentralized ledger system that stores the same set of information across multiple “nodes” of a computer network without the need for a central authority. The ledger is decentralized because it is not stored in a single place or on a single server; instead, the same record is maintained across multiple computers (the “nodes”).  New information is added to the ledger as a “block” that will be “chained” to those blocks that preceded it, on every node where the ledger is stored.

In addition, entries in the ledger will be updated only when a consensus among the nodes agree that the update is valid and, once updated, the use of cryptography makes the ledger entries virtually immutable to subsequent alteration. The use of a consensus protocol ensures that the replicated data sets remain in sync. There are numerous iterations of this simple model, but the basic requirements of consensus across and among every touch point in a network is a core element of the technology.  To put it simply, a blockchain is a record of information that is stored in multiple places and cannot be changed or altered without consensus from every participant of the blockchain.

Blockchains can be public or private. A public blockchain, like bitcoin, is entirely open and can be freely accessed by anyone in the world. To achieve consensus in a public blockchain, every node in a network must solve a complex algorithm, called a “proof of work” consensus, to ensure that every record across every node is in sync. Private blockchains require an invitation and users will be given permissioned access in the form of a cryptographic key.

At first glance, blockchain may appear to be nothing more than an upgraded data storage process, which is undoubtedly one attractive characteristic of this technology. Consider, however, how this immutable and distributed protocol can be used to transform how parties exchange and interact with information by eliminating the need for (and cost of) a “trusted intermediary” to verify the validity of these exchanges. Blockchain becomes an even more powerful tool when combined with “smart contracts” – computer code stored on the blockchain that executes in an agreed and transparent fashion across all nodes in the chain.

Moving from the theoretical to a practical application, imagine a corporation that no longer has to manually update its stock ledger every time a share is transferred or issued. Picture in its place, a distributed stock ledger, accessible only to parties to which the corporation has given permissioned access, which automatically updates in a verifiable fashion whenever a change in the ownership of an asset takes place.  By removing the manual “lift” currently involved in effecting a change in ownership and ensuring it is properly recorded and reflected in a stock ledger, the system architecture of the blockchain can provide a “trustless intermediary” that is transparent and accountable by design.

The onerous authorization and verification processes associated with manually updating a stock ledger are just one of the many ways administrative efficiencies can be gained through the use of blockchain technology.

For publicly traded companies, the accuracy of proxy voting can be improved to avoid the unintended consequences related to clerical errors or inaccuracies in the voting process.  For privately held companies, blockchain technology can drastically minimize the difficulty of maintaining real time, accurate capitalization tables. Real time accessible ownership records can facilitate direct communication with investors, increasing transparency and reducing the need for physical copies and correspondence. Internal financial messaging that is verifiable and authentic can give stakeholders in an organization more flexibility and opportunity to effectively communicate.  Investors can access information about the company that is not only accurate, but current.

Another potential area where efficiencies can be gained is renewals and terminations of uniform commercial code (UCC) financing statements.  These records, generally maintained by the secretary of state of each state, can be automated using blockchain technology, allowing managers, bankers and other creditors to have a comprehensive understanding of any financing related to a corporation without the administrative hassle.

Any asset, including securities, can in theory be digitized with a register of ownership established on using blockchain technology. Assurances surrounding the issuance and ownership of securities, combined with a reduction in the costs and delays associated with paper-based transactions, creates opportunities for financial instruments and investment frameworks that are both more accurate and better tailored to the needs of specific investors and issuers.

How corporate boards can benefit

Blockchain technology not only provides an opportunity for organizations to gain efficiencies, but also creates a culture of transparency.  Most corporations are managed by and centered on a board of directors, who hold the majority of decision-making power. Shareholders of large corporations must rely on the board for information, with often little access to corporate records and no way of verifying the validity and truth of information except trusting the directors. Corporate laws, such as the fiduciary duties of loyalty and care, are meant to protect shareholders and encourage directors to act in the interests of all stakeholders of the company. Monitoring corporate boards and requiring mandatory disclosures, however, is costly and even with best efforts, may fall short of solving the “agency costs” associated with a delegated management structure.

Many of these monitoring costs can be drastically reduced, if not eliminated, by using blockchain to establish trust between directors and shareholders. Giving permissioned access to real time records to shareholders and increasing verified, secure communication can reduce the need for burdensome disclosure requirements. Shareholders can communicate their needs and concerns directly to the board and management on a more frequent basis, allowing shareholders and directors to work together for the best interests of the company.

The shareholder voting process, especially for large companies with numerous voters, can often be inaccurate and at times ambiguous and murky.  Blockchain technology can allow shareholders to participate in the corporate voting process and observe the voting process as it occurs. In a globalized economy, it can be difficult for shareholders to be present at every meeting where voting takes place, which can lead to less corporate decision-making and participation. If digital identity can be verified and shareholders are able to cast votes digitally in a secure and authenticated fashion, then corporations will be able to create an increasingly democratic governance culture.  The need for the physical presence of shareholders for the purpose of voter authentication would no longer be a barrier to robust corporate dialogue and action.

Transparency in internal corporate affairs extends to transparency between and among different corporations.  In nearly every agreement a company enters, both sides make representations to the other about the state of their corporate affairs. Blockchain technology can increase trust between transacting parties and reduce some of the burden and cost associated with the diligence process.  Conceivably, if the diligence process can be streamlined, more parties would enter into transactions because they would be less costly and many of the risks associated with large transactions can be mitigated.

Delaware, the beating heart of corporate law, and the state to which all others turn for guidance in the absence of their own controlling state precedent, is unsurprisingly ahead of the curve in embracing the enormous potential blockchain technology has to change fundamentally the way business is done.  The astute efforts of Andrea Tinianow, formerly with the State of Delaware and now chief innovation officer of Global Kompass Initiatives, and others on behalf of the Delaware Blockchain Initiative led to amendments of Delaware General Corporation Law (DGCL), providing statutory authority for Delaware corporations to maintain corporate records on blockchain technology. This express recognition, however, was not a passive attempt meant to provide technological flexibility to the many Fortune 500 companies incorporated in Delaware.

A quick reflection on the history and traditions of the DGCL and the Court of Chancery will reveal the dynamic role the State of Delaware has had in the evolution of corporate law for the entire country.  Keeping in line with its progressive history, Delaware is already implementing distributed ledger solutions for its own archival records.  The corporate world is responding by actively researching and engaging with all of these concepts.

Consider the risks and limitations

Like any new technology that shakes up the way business is conducted, there are certain associated risks and limitations.  For widespread adoption, market participants will need to reach some level of agreement around the policy and the design of systems using blockchain technology. Implementation of technology can be expensive, and may be a barrier for many small businesses.  There are still technological limitations related to blockchain’s ability to scale in order to quickly handle large volumes of transactions.  Some thought and mindfulness should be given to the individuals and companies who currently act as intermediaries and what a rapid adoption of blockchain technology would mean for their businesses and stakeholders.  All this being said, the potential of distributed ledger technology to improve the way business is conducted cannot be denied and will likely not be hindered in the long-term.

Automating how business is conducted

Innovative experimentation is already under way in the transactional world. Taking these organizational governance concepts and principles even further, consider the idea of a decentralized autonomous organization (sometimes known as a “DAO”), where governance of the organization is not overseen by a committee or a board but is automatically built into a system.  The organization is not governed by people following rules; instead, rules are encoded in the form of smart contracts that automatically execute once certain thresholds are met.  These pre-programmed rules take into account various possibilities and situations the system can encounter.  For example, smart contracts can be programmed to automatically disburse funds on a set date or after a certain financial milestone has been hit.  An example of this already in practice is the cryptocurrency known as Dash, which aims to be digital cash that can be spent anywhere.  The Dash protocol allocates certain funds to a central pool where users of the system can vote as to how those funds are allocated. While there have been growing pains and setbacks associated with decentralized autonomous organizations, this nascent concept is learning and growing at a remarkable rate.

Building accountability and authentication into internal organizational processes can transform the way business is conducted.  Blockchain technology can transform organizational culture and increase trust between transacting parties.  Virtually all aspects of the financial ecosystem can be improved through its use.  Imagine the innovation and collaboration that could take place in a transparent economy no longer riddled with administrative efficiencies.  Delaware already has, and perhaps, the rest of the corporate world should, too.

New Research from the Governance Center
On Governance: Are virtual-only annual meetings really what shareholders want? 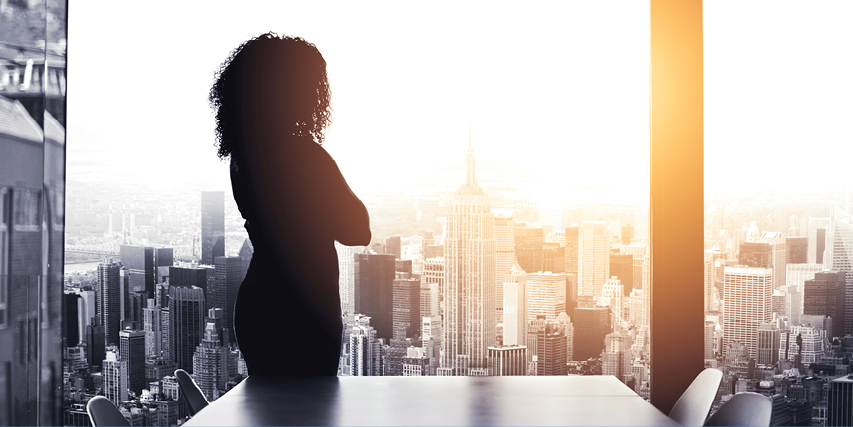