In 2005, Hurricane Katrina became a watershed moment in modern-day disaster recovery. While the devastating effects of this historic event will not soon be forgotten, there is hope in knowing that every disaster recovery since 2005 has stood on the shoulders of hard lessons learned from Katrina.

SBP (originally called the Saint Bernard Project) has been at the forefront of the long-term reconstruction effort in New Orleans. SBP began as a volunteer-led rebuilding organization. In the first year of its existence, while the recovery decision-makers were still formulating a plan, SBP rebuilt homes for 82 families in the New Orleans area. This momentum caught the attention of socially engaged companies like KPMG, UPS, Toyota, Walmart Foundation, and others, which invested cash and human capital to help rebuild homes and drive tangible human impact, while also helping to build a strong foundation for SBP’s eventual national work—increasing resilience before and streamlining recovery after disaster.

Early and enduring investment by SBP’s corporate partners has allowed SBP to plant deep roots in the community. Nearly 13 years later, stories of recovery and rebuilding have long disappeared from headlines, but there is still work to be done in New Orleans. Many believe that the aftermath of a disaster is measured in months, but SBP’s partners have a long-term view of recovery and what it takes to return communities back to where they were before Katrina. To date, SBP has provided nearly 1,300 New Orleanians a predictable path to recovery by rebuilding more than 700 homes.

The organization has also broadened its scope to build new, affordable homes for first-time homebuyers and renters as part of its Opportunity Housing Program. Today, SBP’s New Orleans operation builds 50 houses a year, hosts thousands of volunteers and serves as the hub for innovation, taking lessons learned from the past to build better strategies for future disaster recoveries.

KPMG has been a valued partner of SBP from the very earliest days. Team members made more than 15 volunteer trips to New Orleans and have since worked with SBP in many other locations. KPMG also introduced SBP to performance management and the balanced scorecard approach. The firm’s support of and belief in SBP’s work helped develop additional corporate partners. As important, KPMG has been a tireless advocate for a robust and complete recovery in the area.

“When Katrina hit, The Conference Board’s Contributions Council [now Corporate Social Responsibility Council] responded with a convening in New Orleans to help members get a first-hand look at the devastation and to meet with resident leaders, heads of nonprofit organizations, as well as government officials,” said Bernie Milano, President of the KPMG Foundation. “KPMG had an existing relationship with SBP through the recommendations of local firm leaders. The meeting reinforced the value of our partnership. As a result, we have been remained involved in a meaningful way in the long-term reconstruction of New Orleans for over a decade.”

UPS has been a valued partner since SBP’s inception, providing leadership and guidance at the board level, critical capital investment following disaster, ongoing volunteer support and in-kind donations, and improved logistics and inventory tracking processes. UPS’s commitment to long-term recovery is also evident in one of SBP’s newest initiatives—building prefabricated panels for new homes. Volunteers from around the country can build panels in one location that are then made available for homes elsewhere through the UPS network.

Toyota’s Foundation President became aware of SBP in 2010, just as the organization had plateaued with the number of homes rebuilt in a year. Toyota decided the most impactful way to support SBP was not only with dollars, but also with sense. Over the course of nine months, Toyota’s process improvement specialists worked with SBP to improve its culture and to embrace continuous improvement. The result was a 48 percent reduction in construction time, and a business approach with tangible, trackable results that continues to help more families move home, with greater predictability. In addition to Toyota’s investment in training SBP staff, the company also supports the AmeriCorps program and matches every dollar of employee giving to SBP’s long-term recovery effort, further demonstrating not only Toyota’s belief in, but also its commitment to long-term recovery efforts.

Mike Goss, General Manager, Social Innovation at Toyota Motor North America, said: “Collaborating and sharing know-how with others is the basis of our culture at Toyota and the key to long-term recovery and getting those affected by natural disaster home faster. I've seen SBP embrace these ideas to improve their processes and take them full circle, training other disaster recovery nonprofit organizations. A by-product is an increase in SBP’s ability to focus on all elements critical to long-term recovery—preparing home and business owners through resilience training, advising municipal and state officials, and advocating for policy changes and improvements to the disaster recovery industry. Together these elements mean greater impact in the often-overwhelming aftermath of disaster.”

Walmart Foundation is a long-time supporter of SBP’s post-disaster recovery work and disaster preparedness education.  Walmart’s support helps provide resilience and risk mitigation training to thousands of homeowners each year. SBP measures the impact of the program by assessing whether people have changed their behavior in three ways:

The national impact of the Katrina recovery would not have been possible without early and enduring endorsement from companies like these, which realized and appreciated SBP’s innovative approach to long-term disaster recovery. These companies and their employees have been able to track real human impact over the many years. They see families moving home and ongoing recovery work occurring a decade after a disaster strikes.

Following the lessons learned in the aftermath of Katrina, SBP has been, or is part of, the long-term recovery process in the following communities: 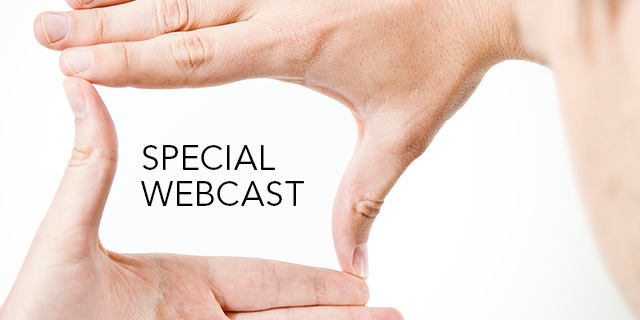